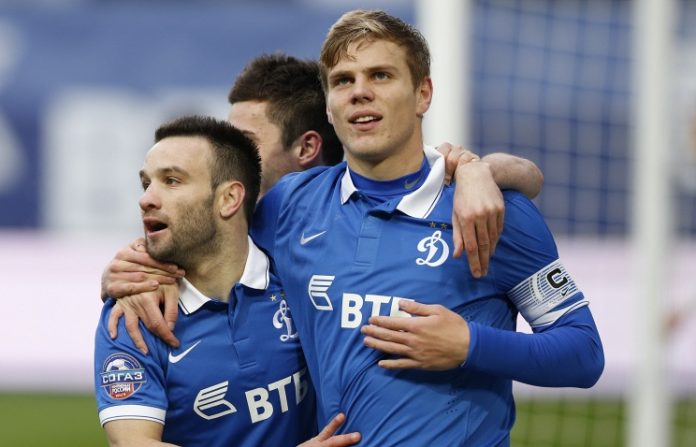 According to Russian outlet, Gazeta, Arsenal are leading the chase for Russian forward, Aleksandr Kokorin. Manchester United are interested in the 24 year old striker as well.

Arsenal and Manchester United are both struggling to score goals this season and are looking at a number of strikers to add to their squad.

It appears that the Premier league giants are set to fight it out for the Dynamo Moscow striker, Kokorin.

Manchester United were linked to the player a week ago and now it appears that the Gunners are leading the chase.

Arsenal are keen to mount a title challenge this season and Wenger knows the importance of signing a striker. Kokorin impressed for his country in the World Cup and has been attracting interest from the Premier League.

With Arsenal ahead of others in the race, it seems that they might have a clear shot at the Russian. Especially with Manchester United turning their attentions towards Brazilian, Alexandre Pato.

Earlier, Telegraph confirmed United’s interest in the former AC Milan player and claimed that the Old Trafford club has already held talks for the player.

In such a scenario, it seems Wenger is all clear to land his preferred target and add more goalscoring depth to his team, alongside the likes of Alexis, Walcott, Giroud and Welbeck.