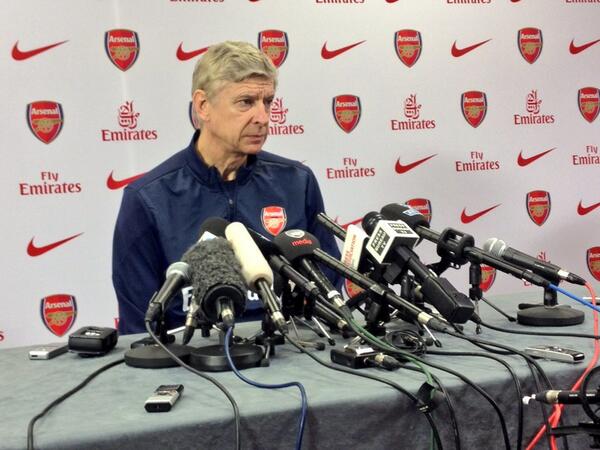 In the pre-match build-up, Wenger has given an update on his side’s long injury list and also commented on the latest transfer rumours, about the possible move for former Manchester United player Dimitar Berbatov.

“He is not a name we have considered at the moment. We have not contacted anybody,” said Wenger.

TEAM NEWS: “We have lost @bendtnerb52, Giroud’s ankle was quite positive but he is sick” http://t.co/pSeG96BU83 #AFCvTHFC

Further, Wenger has given an injury update, which will not please many Arsenal fans reading this. Two main strikers at the club – Nicklas Bendtner and Olivier Giroud – have been ruled out for the FA Cup clash, with the later is missing out with illness, having progressed well on the ankle problems.

Club-record signing Mesut Ozil is doubtful and will undergo a fitness test while left-back Kieran Gibbs and midfielder Aaron Ramsey have been ruled out as well.

Wenger admitted that Tottenham will be charged up for this game, after they picked up an important victory against Manchester United and said Roberto Soldado and former Arsenal player Adebayor are the main threats.