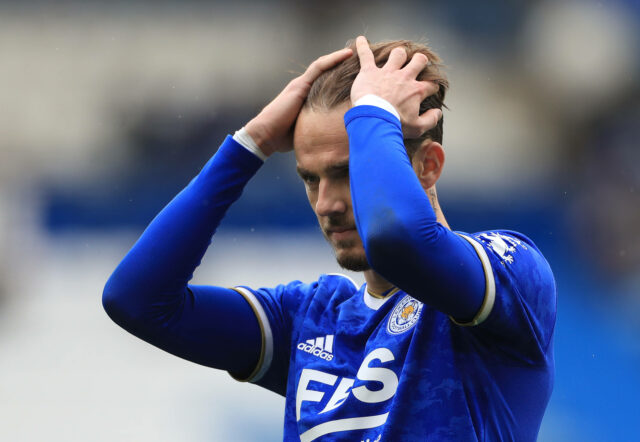 Arsenal are keen to sign a creative midfielder this summer and have earmarked James Maddison as a potential option.

The Gunners attempted to sign Emiliano Buendia from Norwich City earlier this summer, but he chose to move to Aston Villa instead.

Martin Odegaard, who impressed on loan from Real Madrid last season, was one of the Gunners’ main targets.

However, he is likely to stay in Madrid after being assured by Carlo Ancelotti that he is in his plans.

According to football.london, Arsenal are interested in signing Maddison from Leicester City. The interest in the classy 24-year-old attacking midfielder is “genuine”.

However, Leicester would demand a transfer fee of over £70 million. Arsenal will find it incredibly hard to pull off the deal without some significant player sales first.

Maddison joined the Foxes from Norwich City in 2018 and has made over 115 appearances across all competitions, scoring 27 goals.

The England international is a fantastic player who is outstanding with his set-piece deliveries. Leicester manager Brendan Rodgers described him as a “really top player” last season.

Odegaard has ruled himself out of joining the Gunners, and signing a creative midfielder is a priority for Edu and Mikel Arteta this summer.

Given his age, quality and experience, Maddison is perfect for the Gunners.

Arsenal have Emile Smith-Rowe in their ranks, who impressed heavily in the second half of last season.

The 20-year-old has been chased by Aston Villa, with two bids already being rejected for him.

It has been claimed that Villa are preparing a third bid for the exciting young talent who is yet to sign a new deal at the Emirates Stadium.