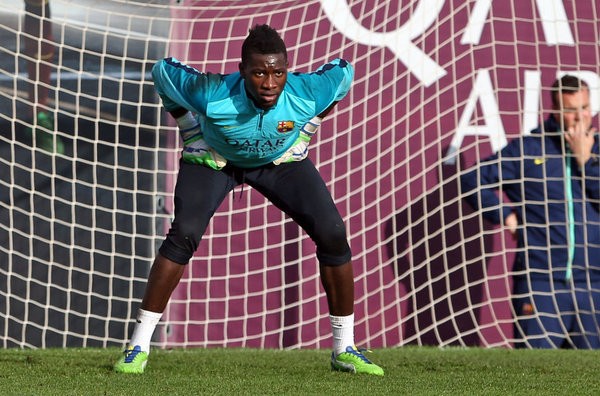 Catalan media have always expressed their frustration (even criticised) when any Premier League club targets any player from their prestigious La Masia academy. Over the years we have seen several examples of that. Recently, when Chelsea signed Josi Quintero, the young Barcelona winger, graduated from La Masia academy, Catalan press Sport/Mundo Deportivo criticised it heavily. 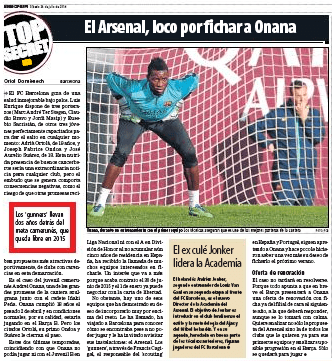 Arsenal could face a similar type of situation, as the Gunners are attempting to sign young Barcelona goal keeper Andrei Onana. The Gunners have been keeping a close tab on him for couple of years now, with scout Francis Cagigal thought to be highly impressed with the youngster. Mundo Deportivo now claim Arsenal are showing their desire in signing the youngster this summer.

Barcelona are keen to a new contract renewal offer to Onana, who has a contract till 30th June 2015. Having already signed Ter Stegen and Claudio Bravo, the youngster may struggle to force his way into the senior side in near future. However, he is seen as one of the brightest prospects and therefore the Catalan club are looking to protect him from the lures of other top European clubs.