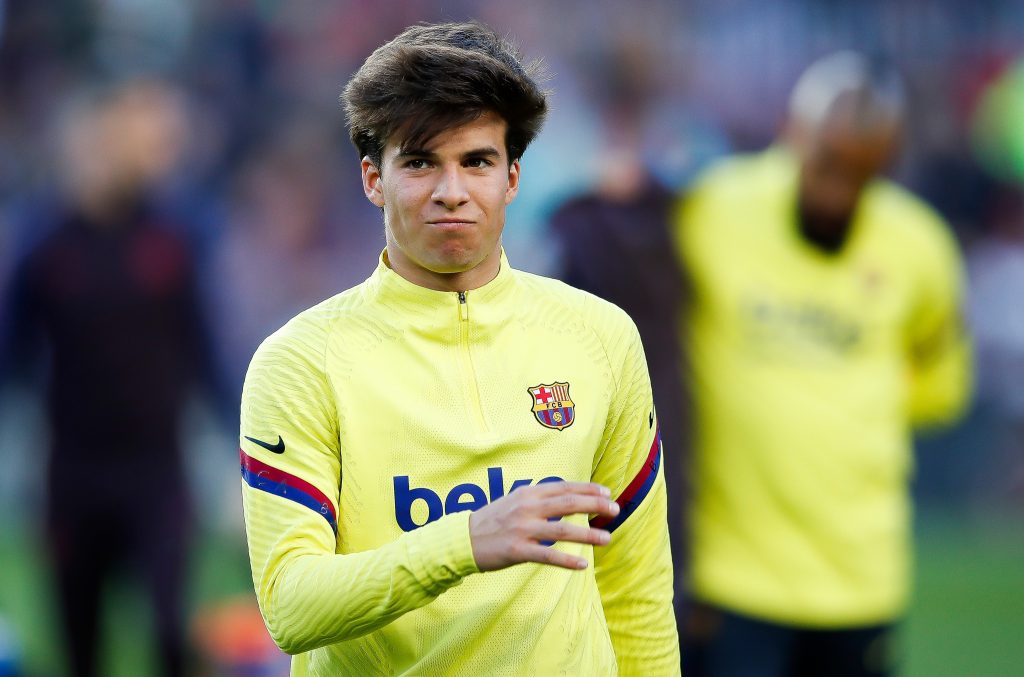 Arsenal are interested in signing Riqui Puig on loan from Barcelona in the January transfer window, according to Spanish media outlet Sport.

The 21-year-old is a graduate of La Masia and made his debut for the senior side in 2018. He has made 19 appearances for the first team during which time the central midfielder has provided three assists. This season, he has made just four appearances in all competitions and is yet to start a single game.

It is clear that Puig does not feature in Barcelona head coach Ronald Koeman’s plans and a loan move in next month’s transfer window seems likely. It is understood that Arsenal manager Mikel Arteta has requested the club to sign the player on loan. The Gunners are struggling to create chances in front of goal this season and Puig has been identified as a player that can help them solve this problem.

Puig’s contract with Barcelona will expire next summer but the Catalan club have the option to extend his contract by a further two years. It is unclear if they will exercise this option but if the player were to leave the Spanish giants on loan in January, they would be expected to extend his contract as they would otherwise face the prospect of the 21-year-old leaving on a free transfer at the end of the season.

The North London club have kept tabs on Puig for a long time but the player has been reluctant to leave Barcelona in the past. His lack of game time has made his suitors believe he would be willing to consider leaving the club on loan next month.

AC Milan are also interested in signing Puig on loan and are expected to give Arsenal stiff competition if the player does indeed opt to leave the Spanish giants in January.

Arsenal are in dire need of a creative midfielder but Puig’s limited experience at the senior level makes this move seem like a big risk even though he is extremely highly rated. The Gunners have endured a disastrous first half of the season and need high-quality reinforcements to get their season back on track.

Mikel Arteta will be hoping to guide his side to their second Premier League victory on the bounce when they travel to the AmEx Stadium to take on Brighton on Tuesday.