Arsenal and England have received a huge injury blow, with Theo Walcott ruled out for six months with a cruciate ligament injury to his left knee.

The 24-year-old will miss the remainder of the season, and the 2014 World Cup in Brazil this summer. 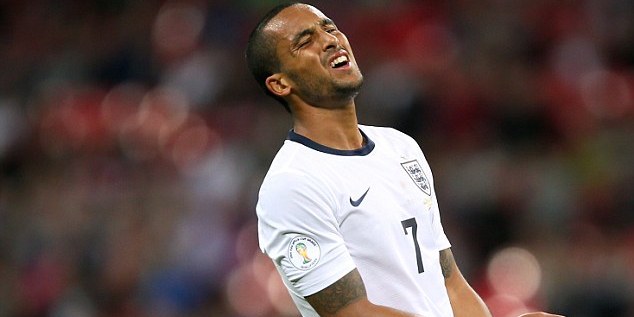 Walcott went off on a stretcher in the 2-0 FA Cup third-round win over Tottenham on the weekend, but the true extent of the damage has only just been revealed, confirmed today by the Arsenal official website.

“After coming off injured in

Saturday’s 2-0 win against Tottenham Hotspur, the Club regrettably announces that Theo Walcott has sustained a ruptured anterior cruciate ligament of his left knee.

Theo will have surgery in London in the near future and is expected to be out for at least six months, therefore missing the remainder of the season and the World Cup in Brazil in the summer.

Everyone at Arsenal wishes Theo a speedy recovery and we look forward to seeing him back on a football pitch as soon as possible.”

Walcott did not seem too badly hurt when he came off during the win over Spurs, with the England international able to gesture towards the baying Tottenham fans who were abusing him.

The news of his crippling injury will be a bitter blow for the Gunners, and for England’s World Cup dreams this summer.

What do you think? How big a blow is this to Arsenal Premier League hopes? And what of the World Cup in the summer? Will England cope? Let me know in the comments below…