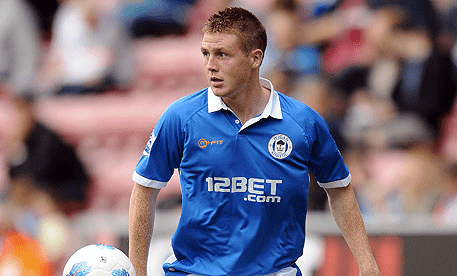 The versatile midfield man has been one of Wigan’s best players this season, starting every game and attracting the interest of Arsenal, Liverpool and Everton.

However, Arsenal are thought to be in the best position to make an initial £8 million bid for McCarthy who would fit in nicely alongside the gifted youngsters committed to Arsenal’s future.

Arsenal are also in the best position to offer McCarthy the best personal terms as they have a stronger financial model and infrastructure than either of the Merseyside clubs.

This would mean the Gunners don’t have to break their wage structure which would risk alienating a number of key players at the club.

Arsenal will have to act quickly as soon as they put an initial offer in because if Liverpool and Everton are given the chance to respond, the price could soon rise above the £8 million mark as a bidding war follows.

If that happens then Arsene Wenger has proved himself reluctant in the past to pay over the odds for a player, regardless of quality or who is also trying to sign that player.

McCarthy has made just under 100 appearances since he joined Wigan in 2009 and he has also secured nine international caps for the Republic of Ireland.

He has been described as one of the most underrated midfielders in the Premier League this season as his strength means he can play a defensive role and his pace and control allows him to be effective in a creative attacking role.

The arrival of McCarthy and a deal which keeps Theo Walcott at the Emirates would go a long way to pacifying the fans who have criticised Arsene Wenger for allowing the best players to leave and the best talent to slip under the radar.