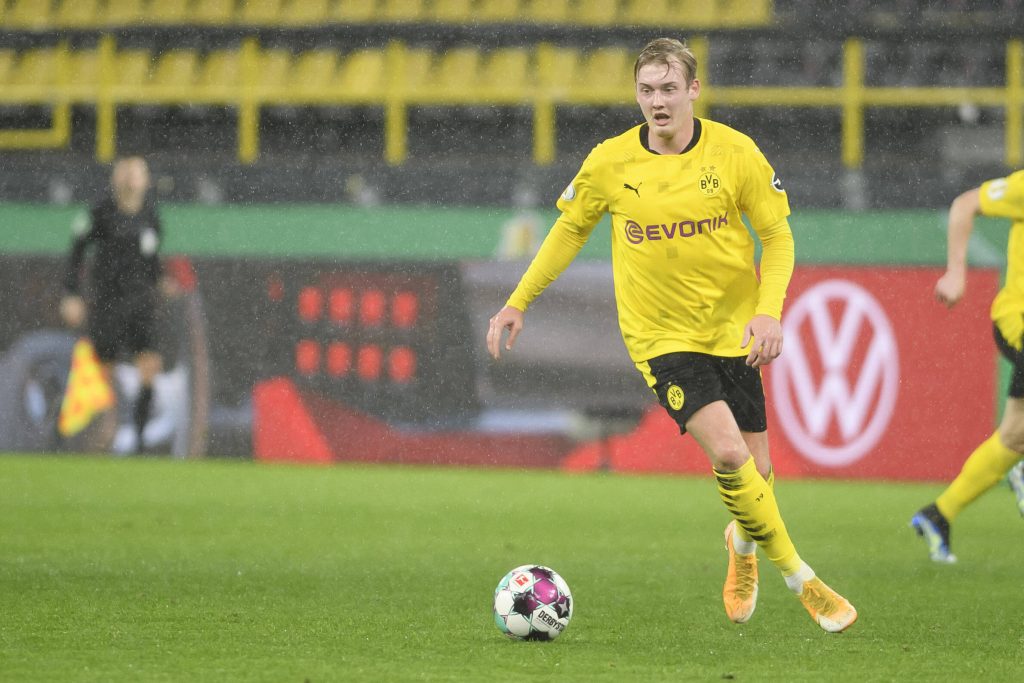 Odegaard joined the north London on loan in January, and he has impressed in his 14 appearances in all competitions, contributing a couple of goals.

The Gunners are open to the prospect of a permanent deal, but it is reported that they may struggle to meet the transfer demands of Los Blancos this summer.

They may now return for the services of Brandt, who was on their radar in the last transfer window before they signed Odegaard.

The Germany international has three years remaining on his contract with Dortmund, but he could be prised away for around £21.8 million.

Odegaard was valued at around £30m by Los Blancos in January, but there are suggestions that the asking price could rise to £50m if he continues to impress for the Gunners.

If that happens, Mikel Arteta’s may struggle to meet the price tag, particularly if they fail to qualify for European football for the first time in 26 years.

Brandt had an impressive 2019/2020 campaign for Dortmund, where he registered seven goals and 13 assists from 42 appearances in all competitions.

He has struggled this campaign with just three goals and two assists from 40 outings, and Dortmund are unsurprisingly open to his potential exit.

He could be available for less than half of Odegaard’s valuation, but the main concern remains whether he can hit the ground running from the off.

Compared to Brandt, Norwich City’s Emiliano Buendia could be a more attractive signing for the Gunners, given he played an entire Premier League season in 2019/2020.

The Argentine was among the Canaries’ standout performers as they were relegated. He has excelled in the Championship this term with 13 goals and 16 assists.

The Gunners have been keeping a close watch on Buendia since last summer, but he could cost at least £40m with the Canaries having secured their return to the top-flight.

Read: ‘Behind you’, ‘Cash in’: Arsenal fans react to 29-year-old’s display vs Everton.