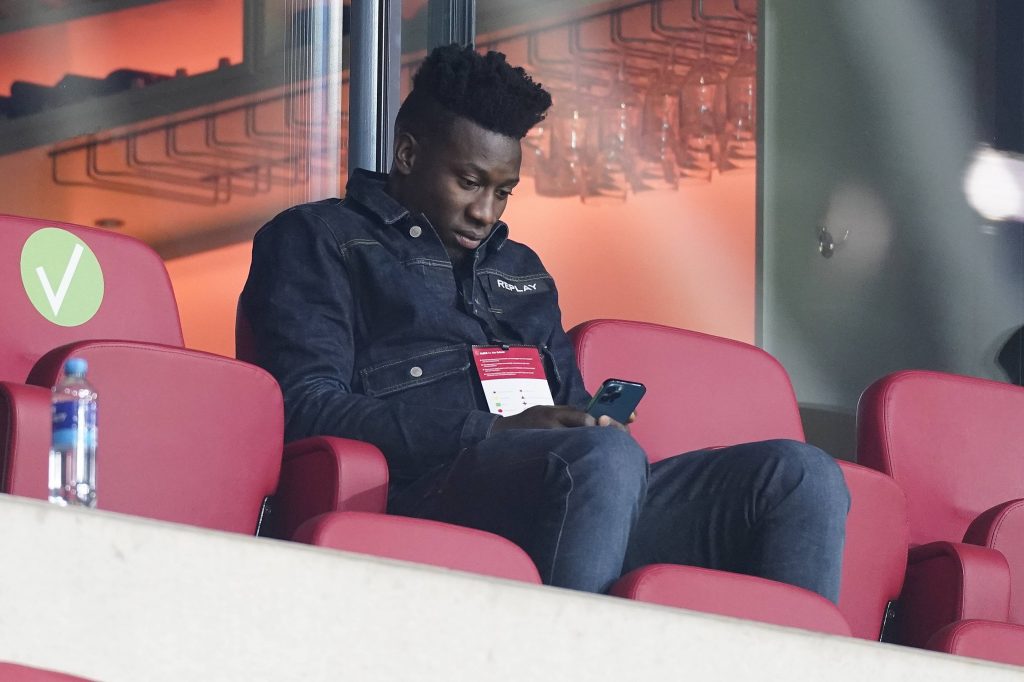 Arsenal have yet to make an approach to sign Ajax goalkeeper Andre Onana this summer, football.london claims.

The Cameroon international recently had his doping ban reduced to nine months, and he could start playing competitive football from November 4.

He can start team training two months before that, and it was recently claimed that the Gunners could sign him on a cut-price deal of £7 million.

However, the Gunners have yet to make any approach to Ajax for the keeper, and it is now claimed that they are looking at homegrown options in the United Kingdom.

The Gunners are planning a major rebuild this summer, and there could be an overhaul of the goalkeeping department in the coming months.

The club are open to sanctioning the sale of first-choice keeper Leno while Alex Runarsson could be loaned out as he is no longer in favour.

Onana recently emerged as the prime transfer target, but he would miss part of next season with the ban and African Cup of Nations duty.

The club may target more than one goalkeeper in case Leno leaves.

Sheffield United’s Aaron Ramsdale has recently been linked with a possible move, and he fits the criteria of a young homegrown goalkeeper.

The club are also keen on sealing a permanent deal for Mat Ryan, who spent the second half of last season on loan from Brighton & Hove Albion.

Ryan is also on the radar of Celtic, who are prepared to guarantee a starting role. The Gunners are still optimistic that the Australian will choose them.

It could be an interesting summer ahead for the Gunners, who could reportedly spend £250 million on new signings to boost their top-four prospects next term.

Read: Dominic Calvert-Lewin would be a superb signing for Arsenal.