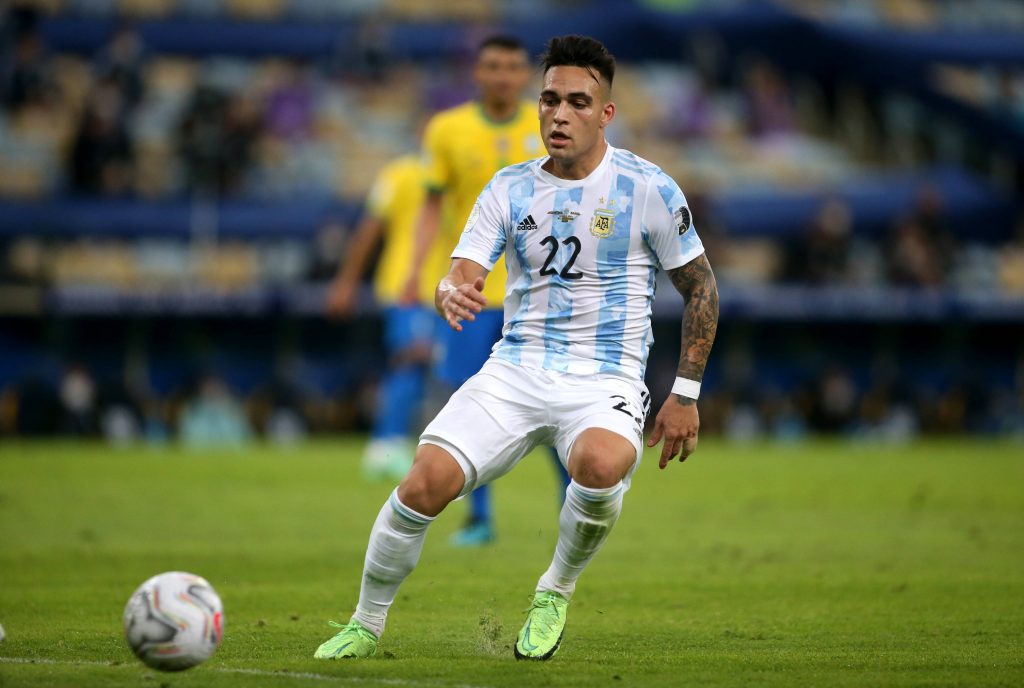 Arsenal have been handed a boost in signing Inter Milan striker Lautaro Martinez this summer, according to The Athletic.

The Gunners have been touted to sign a new striker this summer, and it was recently reported that they had made an enquiry for Martinez.

It is now claimed that the Nerazzurri would be willing to sell the Argentine at the right price, and personal terms won’t be a stumbling block.

Martinez would be interested in joining the Gunners this summer. He stands to earn a significant rise on his €2.5 million annual wages.

The Gunners could sanction the sales of Eddie Nketiah and Alexandre Lacazette to recoup part of the funds required for Martinez’s transfer.

Martinez made a slow start to his Inter career, but he has made excellent progress over the past couple of seasons playing with Romelu Lukaku.

He contributed 19 goals and 11 assists for the Nerazzurri across all competitions last term and played a key role in ending their 11-year wait for the title.

The Argentine could be a like-for-like replacement for Lacazette with his good hold-up play and tendency to help in defensive-minded situations.

He is not the best when it comes to distribution but often makes up for it with key passes and ability to test the goalkeeper with regular shots.

Martinez has a €111m release clause on his contract, but the Nerazzurri may be tempted to accept a lesser fee with under two years left on his deal.

He still won’t come on the cheap. The 23-year-old is valued at €80m by Transfermarkt. It could be a ball-park figure for a potential transfer.