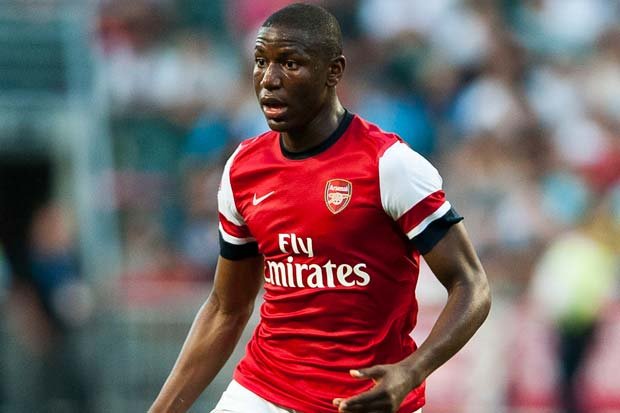 MK Dons have confirmed they have signed Benik Afobe on a season-long loan from Arsenal on Monday.

“Despite his tender age of 21, Afobe has already made 79 senior appearances for the likes of Huddersfield Town, Reading and Bolton Wanderers. The England youth international has also tallied 13 goals so far in his career.”

“Afobe, who will make his debut against Leicester City tonight, will wear the number 23 shirt,” it added.

The 21-year-old forward is yet to feature for the Gunners’ first team since make his way in 2010. Since then, Afobe is on-loan away from the Emirates, having played for Huddersfield Town, Reading, Bolton Wanderers, Millwall and Sheffield Wednesday in the past few years.

For the upcoming campaign, he will feature in the League One for MK Dons. Afobe will be hoping he could impress during his loan spell next season, which could help him make it to Arsenal’s first team a year later.