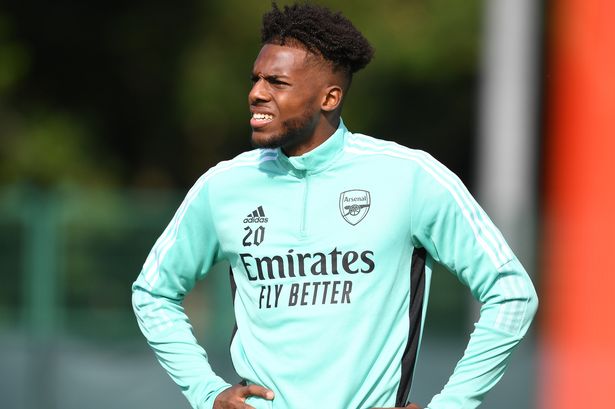 A section of Arsenal fans on Twitter reacted to Nuno Tavares’ performance during the 2-2 friendly draw at Rangers on Saturday afternoon.

The Portuguese is the club’s only signing of the transfer window, and he made his non-competitive debut at the Ibrox Stadium.

The left-back impressed with the attacking facet of his game, grabbing the equaliser for the Gunners (1-1) in the first half.

He took advantage of poor control from James Tavernier and showed good composure to get into the box before unleashing a right-footed shot from a tight angle.

In his presentation interview, Tavares highlighted that he can shoot with his weaker right foot, and some fans pointed out the same after he scored.

Others were pleased with the goal from the 21-year-old, which was rather unexpected.

Nuno Tavares specifically mentioned his right foot in his interview.

Nuno Tavares scored his first goal in his first game for Arsenal in today’s result who ended with a draw against Rangers. ⚽️👏

Nuno Tavares what a goal, what a player he will be 🤩

Kieran Tierney has been the Gunners undisputed left-back, but the Scot has struggled with regular niggles that have limited his game time.

The club may have a quality back-up option in Tavares, who could provide strong competition to the Scotland international next season.

The Gunners have had an uninspiring pre-season campaign to date with a defeat against Hibernian followed by a frustrating draw against Rangers.

They have been poor in converting chances in both games. Against Rangers, Pierre-Emerick Aubameyang squandered three clear-cut opportunities.

They still have four more games before the new season begins. Mikel Arteta will hope that his team can find their rhythm in front of goal.