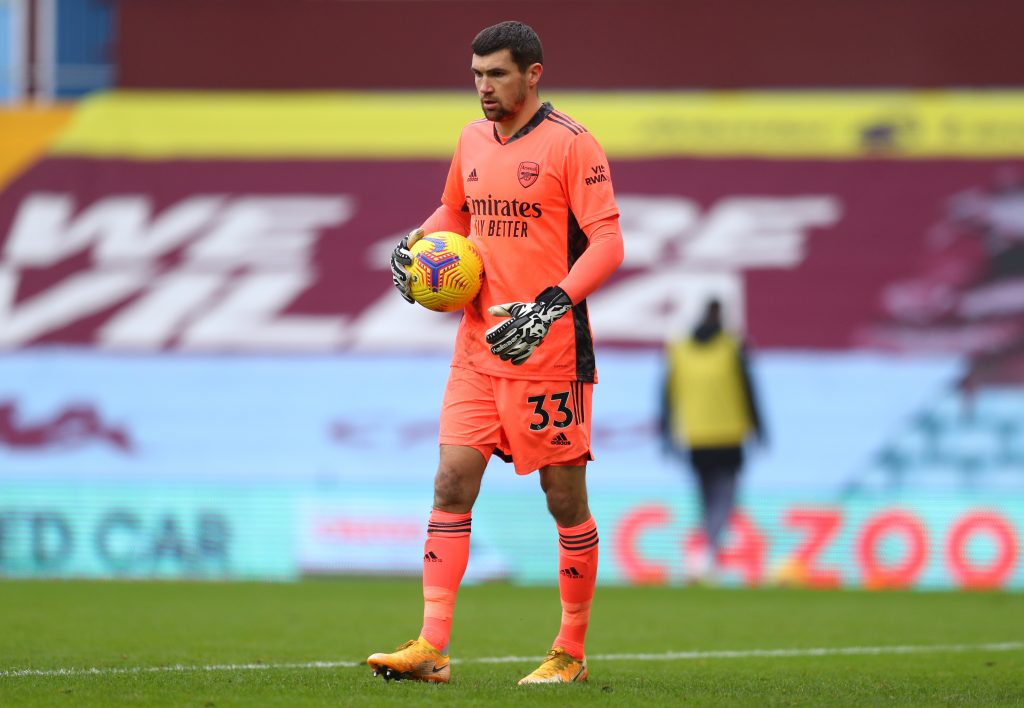 A selection of Arsenal fans on Twitter have praised the performance of goalkeeper Mat Ryan during the club’s 1-0 Premier League defeat at Aston Villa.

The Australia international made his Gunners debut in the absence of the suspended Bernd Leno and conceded a goal within 74 seconds from the start.

Ryan didn’t touch the ball before the Villans went ahead. He could not do much for the goal conceded after Ollie Watkins’ shot deflected from his path following Rob Holding’s intervention.

The 28-year-old put up a solid performance thereafter with as many as seven saves and that included three impressive ones which kept the Gunners in the game.

After a good beginning to the year, the Gunners have lost momentum in recent weeks and they have picked up just one point from the last three matches.

While the result was hugely disappointing at Villa Park, a few of the Gunners faithful have praised the showing of the Brighton & Hove Albion loanee.

Ryan had a superb debut, I feel bad for the guy. He really tried and got let down by his fullbacks.

#AVLARS
2 positives:
1.) Mat Ryan – solid, made a couple of good saves, his distribution was on point, and he was also very good in the air. The goal wasn't his fault.
2.) Martin Ødegaard – yes, he missed THAT chance, but his passing and attitude were great. Made an impact. #COYG

Mat Ryan with a good debut. But honestly we're gifting them chances now. So lax with our passing.

Mat Ryan did well on his debut for us #AFC

Leno should return for the Gunners’ next league clash against Leeds United at home. However, the performance of Ryan is a positive going forward with Alex Runarsson, who was the previous back-up option, being far from impressive with his shot-stopping.

Ryan has been registered in the Gunners’ Europa League squad with Runarsson being left out. With Leno set to remain the first-choice in the league, Ryan could be handed a starting role in the knockout phase of the European competition.