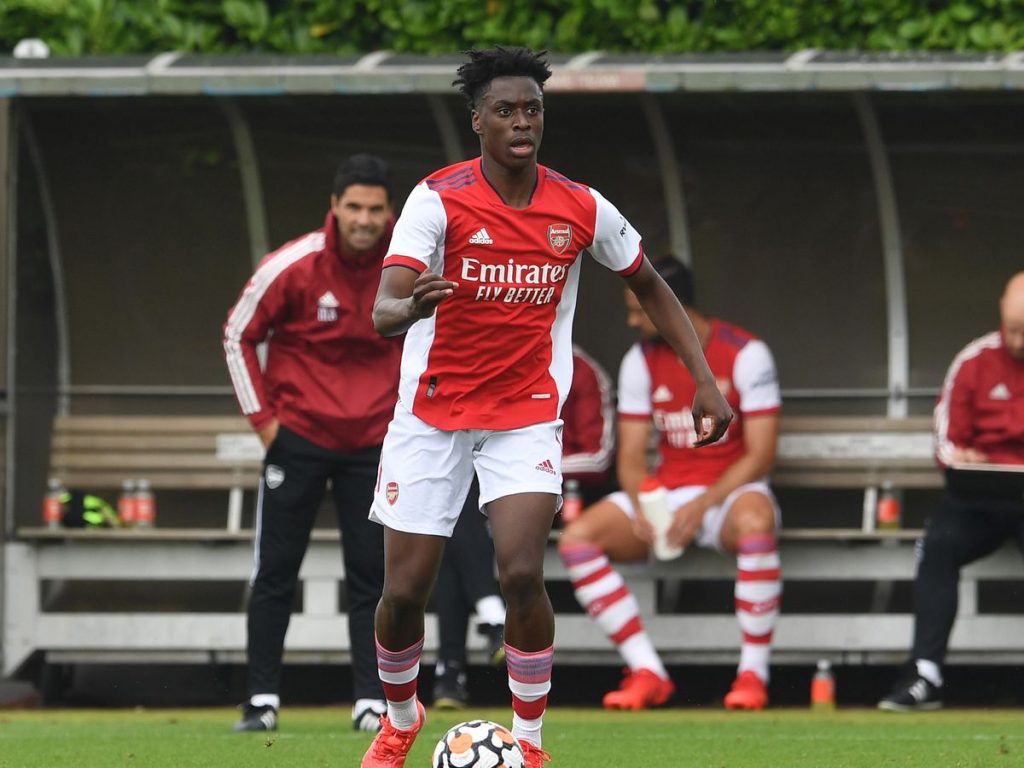 The Belgian joined the Gunners from Anderlecht as a relatively unknown, but he has earned plenty of plaudits from the fans during pre-season.

With Thomas Partey’s injury, he was picked to start alongside Granit Xhaka against Spurs. The 21-year-old made a good impression in his 73 minutes.

He showed excellent ball control in the centre of the park. He displaced just one of his 32 passes attempted in the opening half of the friendly.

The derby result did not go in the Gunners’ favour with a 1-0 defeat. They could have quite easily lost by a bigger margin on some other day.

However, Lokonga’s performance was one of the big positives from the game. Some of the club’s faithful were delighted with his showing.

Aubameyang was very disappointing, yet again he looked disinterested in any sort of work that involved helping the team. It's bearable when he's a goal-scoring machine but not at any other point. White and Lokonga look more than settled in the team and ready to start.

Lokonga has been exceptional.

Lokonga could be the difference between us having a decent season or a disastrous one.
He looks quality when on the ball our most advanced deep lying midfielder..#TOTARS

Lokonga made the most of his game time against Spurs. He looks set to make his competitive debut for the Gunners from the starting line-up.

The Gunners start the 2021/22 Premier League campaign on Friday night with an away trip to newly-promoted Brentford. It could be a tricky affair for them.

They will be favourites to pick up three points, but judging by the poor finishing in pre-season, it may not be a straightforward game for them.

Brentford need no extra motivation for the game as they are back in the top-flight after seven decades. The Gunners can’t afford any complacency.