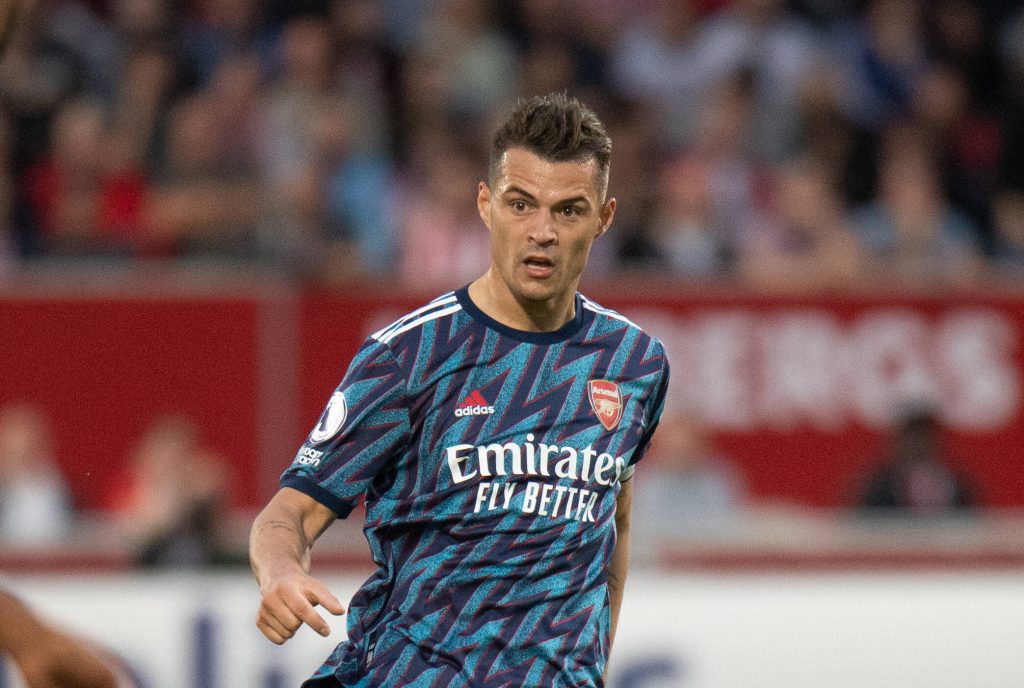 Some Arsenal fans have produced a mixed reaction on Twitter with news emerging that Granit Xhaka has signed a new long-term contract.

The Swiss was widely fancied to leave the Gunners earlier this summer after agreeing personal terms with Serie A club Roma.

However, the Giallorossi could not meet the price tag of the Gunners, and Mikel Arteta recently confirming that Xhaka will stay.

As per Swiss reporter Andreas Boeni, Xhaka has now put pen-to-paper on a new contract until the end of the 2024/25 season.

The Gunners are yet to announce the deal, but there has already been a mixed response to the news on Twitter.

There appears more opposition to the Gunners’ decision to extend Xhaka’s previous deal that was due to expire in June 2023.

Not against Xhaka signing a new deal, I’m against him being a key player for us. #AFC

When things aren’t going well I feel this fanbase has a tendency to exaggerate every decision the club makes.

I saw many people agreeing with the Xhaka contract extension a few weeks ago. Now everyone seems to be against it.

Granit Xhaka’s value will never be higher than this summer. Coming off a great season with Arsenal and having a top display at the Euros. If we couldn’t get £18m now, why do Arsenal believe we will get more next summer? This extension is a nonsensical decision going forward.

Xhaka has made over 200 appearances for the north London club since arriving from Borussia Monchengladbach for £35 million five years ago.

He has produced several standout performances, but amidst those, there have been displays where he has been vulnerable to costly defensive errors.

His shirt-throwing antics after being substituted against Crystal Palace in 2019 has still not been forgiven by a section of the Gunners supporters.

Despite this, Arsenal are better off with Xhaka in the squad as they can save the funds in recruiting another top-class midfielder to replace him.

It remains to be seen whether that will help in any way. The club are looking short of creativity which needs to be addressed before the deadline.