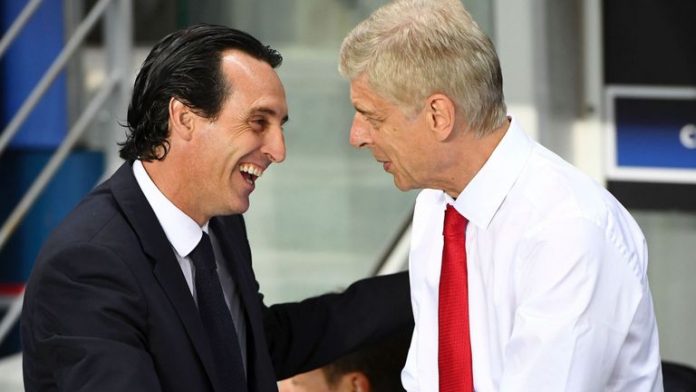 The defending champions of the English Premier League, Manchester City started their title defence with a win over Arsenal that is the last match of the first round of the Premier League.

It was first half and second half goals from Raheem Sterling and Bernardo Silva meant that the club from Manchester went on to win at the home stadium of the Gunners, the Emirates Stadium on 12 August, Sunday.

Unai Emery started his first official game as the manager of Arsenal after replacing legendary Arsenal manager Arsene Wenger as the head coach of the club. The former manager of Sevilla and Paris Saint Germain did not start his two key summer signings Bernd Leno and Lucas Torreira, with Petr Cech and another summer signing Mattéo Guendouzi starting in the midfield.

That did not go well for the London based club as they started the new season with a defeat. Sportslens look at how Arsenal fans reacted to the defeat.

We can banter UTD and Alexis all we want but Mkhitaryan, although having all the abilities of a top player, is way too inconsistent. Disappeared today, ineffective in big games most of the times. Both clubs just traded rather finished players really. #ARSMCI#AFC

Cech alright but can’t play out from back at all.

Not much fluidity up-top and really could’ve taken advantage of a pretty poor Man City performance.#ARSMCI#afc

Despite the result the players that impressed me the most are Guendouzi, Sokratis, Lichsteiner and Lacazette. I liked how Mkhitaryan and Ramsey pressed without the ball as well.
Poor game from Ozil and Xhaka. #ARSMCI #AFC

A bad result, but not as bad a performance. Don't let the negativity deflate you, we weren't that shit. We got our chances, just not as clinical as we should've. Ozil was wasteful at times too! Our pressing has improved, as well as the tempo of our game. We go again! #AFC