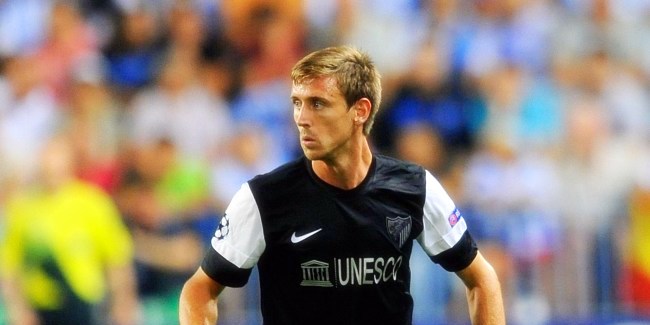 Arsenal have signed Ignacio “Nacho” Monreal from Malaga on a long term contract on the deadline day of the January transfer window.

The 26-year-old, who is ineligible to play Champions League games for Arsenal after he already played in the group stages with Malaga, has joined the Gunners on an undisclosed fee, though believed to be over £8 million.

He will now join his fellow compatriot and former team mate Santi Cazorla at the Emirates Stadium who joined the North London club in the summer. The transfer is bound to lift the morale of the entire dressing room and here we take a look at what Arsenal’s fans can expect from the Spain international in coming days.

The only Arsenal signing in January

Finally a player has been signed by Arsene Wenger in the January transfer window. There were genuine fears, expressed by the manager himself, that the club might not finish in the top four this season and adding new faces was the need of the hour.

A lot has been said and written about Wenger given lump sum transfer fee but what’s the use of saving dosh in purse unless it isn’t being used properly. If any time, the club needed reinforcement and show statement of intent, it was now. A new signing lifts everyone and this one is no exception.

Nacho’s not a panic buy

This is not a panic buy by any stretch of imagination. Arsenal had been monitoring his progress for a long time and have finally landed a quality defender.

Wenger addressed the need of buying a quality player in the winter and he has got one without an iota of doubt. Monreal was an integral member of Malaga side that topped their Champions League group despite facing former champions AC Milan, Zenit St Petersburg and Anderlecht.

Further Arsenal have signed a player who has experience at both club and international level. He has developed a lot since moving from Osasuna in June 2011 and was seen an ideal replacement for Joan Capdevila at Spain until the burgeoning growth of Jordi Alba.

Wenger always buys player after intensive scouting and this is what the Frenchman said about him as quoted in the press:

“He is a technically gifted player, a good crosser in the final third and strong in the air.

“Monreal will add quality to our squad and of course, to our defensive unit. We all look forward to him playing for us.”

He is a solid defender. He is physically strong with an astute positional sense. The best thing about him is his assured presence at the back and isn’t what a defender should be primarily all about?

Unlike many defenders, he doesn’t have that urge to join the attacking force with every possible opportunity but that doesn’t mean he is a weak link in attacking sense either, as Wenger rightly points out.

His signing will add the much needed balance in the bedraggled Arsenal defensive unit. His automatic inclusion in the side will allow skipper Thomas Vermaelen to play in his customary central defensive position only.

He will add a tough competition in the side for left back places which could bring the best out of both Kieran Gibbs and him. After a long time, the Gunners will have two quality left backs in the side and hopefully it will keep the exit door ajar for Andre Santos who has become a nightmare for the team and fans.

There are two ways of looking at it. Malaga needed money and Arsenal needed a quality player and as per market dynamics, he was signed at the right price.

But, it also shows the ambition of the player too. He knows very well that he won’t be involved in the Champions League ties for Arsenal but still he took an adventurous option in his career. Not many players can move out of their comfort zone in order to strive for newer prospects.

Arsenal have conceded 29 goals this season and it was imperative for Wenger to buy a good defender rather than going hell for leather for a striker, though Barcelona star David Villa would have been a top signing.

Already one Malaga product has improved the side immensely, Arsenal fans can hope the new recruit from the same La Liga outfit will help them reach the dizzy heights in years to come.