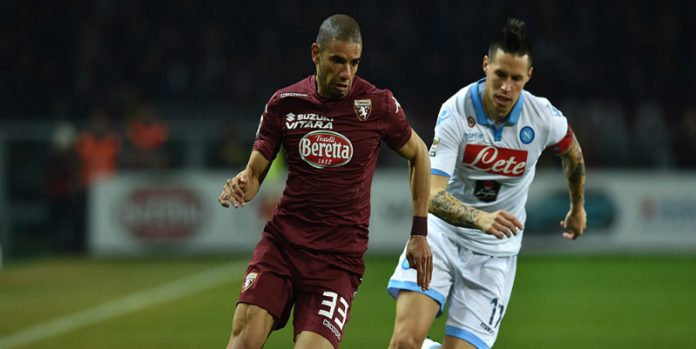 According to reputed Italian website Gianlucadimarzio.com, Arsenal have failed with an undisclosed bid for Torino wideman Bruno Peres, with the Gunners offer considered to be too low for the Brazilian.

Peres, 26, completed the most dribbles for a defender across the top five European leagues in the 2015/16 season, reportedly interesting both Arsenal and Premier League champions Leicester City – and the Gunners have made the first move.

The former Santos man can play as either a fullback or as a winger and recently signed a new contract at the Serie A side, keeping him in Italy until 2020.

But the latest reports indicate that the player could well be on his way this summer, with Leicester only now informed of his valuation, with an offer expected in the coming days.

Known as the ‘new Cafu’ in Italy, Peres has made a name for himself at mid-table Torino, with swashbuckling runs down the wing very much his forte. He replaced Matteo Darmian when the Italian moved to Manchester United last season, filling in for the defender with ease.

Like Bayern Munich star David Alaba, Peres is one of the new ‘inverted full-backs’, one who naturally looks to come inside to a more play-making position, taking long-shots and providing assists.

He is regarded very highly in Torino with club president Urbano Cairo saying in March: “We signed Bruno Peres for €2m and today I would reject offers worth €15m,”

“In fact, for that money they can’t even look at a picture of him.”

Claudio Ranieri’s Leicester sanctioned the sale of star midfielder N’Golo Kante to Chelsea this month for £30m and will be looking to use some of that money to improve their title-winning squad for next season.

Arsenal, meanwhile, have signed just Granit Xhaka from Borussia Monchengladbach for £35m this summer, with further activity at the Emirates expected before the start of the new season.