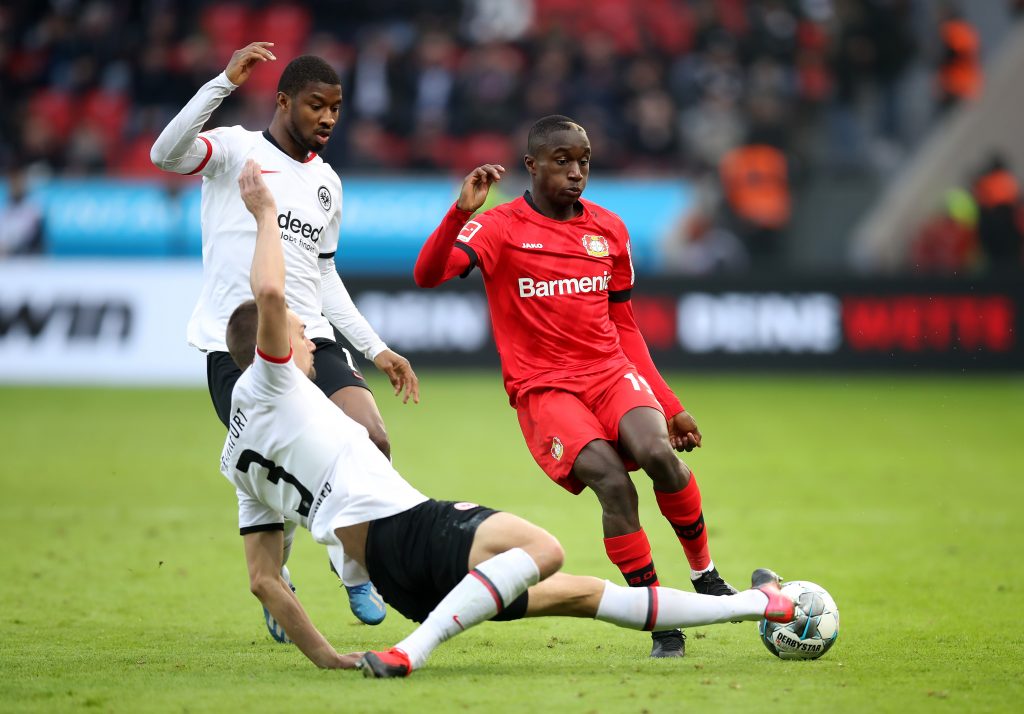 Arsenal are understood to have expressed an interest in signing Bayer Leverkusen attacker Moussa Diaby, a report from Le10Sport claims.

The Frenchman made the move from Paris Saint-Germain to Leverkusen last summer and he has since contributed five goals and eight assists from 27 outings for the club.

As per Le10Sport, both the Gunners and Borussia Dortmund have made contact with the player’s representative ahead of possible bids for the forward this summer.

It is added that Mikel Arteta’s side may have the edge over Dortmund in Diaby’s pursuit, given they have a good relationship with the agent of the Paris-born ace.

Still, Diaby won’t come on the cheap and it is suggested that Leverkusen will demand at least double of the £13.5m fee paid to Paris Saint-Germain (£27m) to sanction his sale.

The Gunners have been hampered financially with the ongoing coronavirus pandemic and it is unclear whether they will have sufficient funds to spend on new signings.

The club are aiming to offload a few out-of-favour players to boost their summer transfer budget and Henrikh Mkhitaryan could be one of those leaving the club for around £10m.

Aside from the Armenian, the positions of Sokratis and Shkodran Mustafi are in doubt with their contracts expiring next summer and they could also head for the exit door.

Meanwhile, Pierre-Emerick Aubameyang and Nicolas Pepe have been the regular choices for the wide attacking roles this term with Bukayo Saka, Gabriel Martinelli and Reiss Nelson providing the back-up.

However, both Aubameyang and Saka have yet to renew their respective deals beyond June 2021 and the club could be compelled to sell them this summer, suppose the standoff in the contract talks continue in the coming months.

Diaby has earned valuable first-team experience over the past one-and-a-half years with 61 appearances to his name and it remains to be seen whether the Gunners will seek to land his services for the promise shown.

The 20-year-old, who prefers to play on the left wing, has started terrifically for Leverkusen following the extended break for the coronavirus pandemic. He bagged two assists during the club’s 4-1 league win at Werder Bremen last weekend.