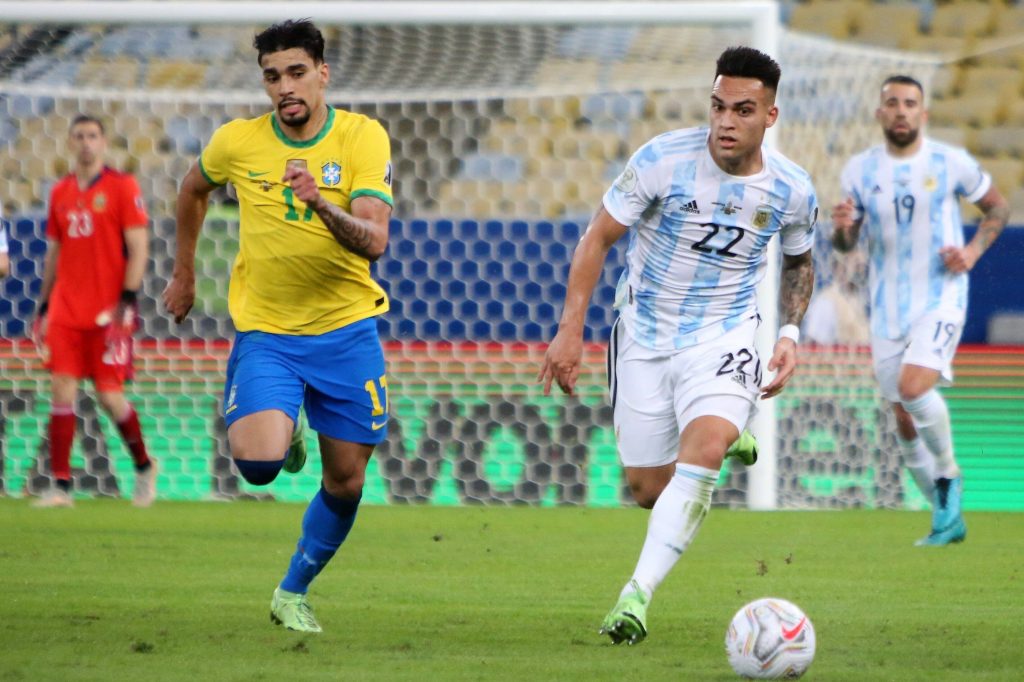 The Gunners have been busy during the transfer window. They have already landed the services of left-back Nuno Tavares and midfielder Albert Sambi Lokonga.

In the coming days, they are expected to sign centre-back Ben White. They have made a huge outlay of £50 million to prise him away from Brighton & Hove Albion.

Their next priority could be a new striker. They have been heavily linked with Chelsea’s Tammy Abraham but appear to be keeping their options open.

It is now reported that technical director Edu Gaspar has made an ambitious approach for Martinez as the club bids to boost their top-four hopes next term.

Inter Milan are reluctant to lose their prized asset after their Serie A title success and would prefer to extend his contract that expires in June 2023.

Martinez has developed impressively in recent years at the San Siro giants, and last season saw the best of him alongside strike partner Romelu Lukaku.

He registered 19 goals and 11 assists from 48 appearances in all competitions. He played a key role in Inter lifting the Scudetto after an 11-year wait.

Martinez does not have the aerial presence at 1.74m, but he is good with his hold-up play and likes to help the team in defensive situations.

He also has the knack of shooting regularly at goal. He averaged 3.1 shots per game last term. The Argentine would fit perfectly into Mikel Arteta’s plans.

Inter had financial problems earlier this summer, but they managed to ease their concerns with the €60m sale of Achraf Hakimi to Paris Saint-Germain.

They are still tight on finances and can’t afford any permanent deals. Martinez is valued at €80m by Transfermarkt, but he has a release clause worth €111m.

A figure in between those valuations could tempt the Nerazzurri to sanction his sale. The Gunners would still need to convince Martinez with their project.