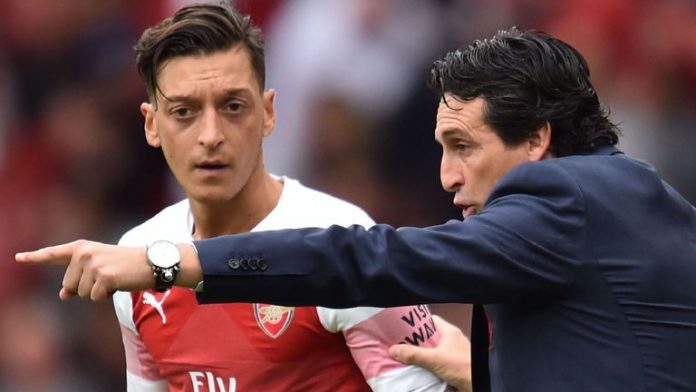 Arsenal host Everton in the Premier League on Sunday aiming to continue their recent upturn in form.

The Gunners’ 4-2 victory over Vorskla Poltava in the Europa League was their fourth win in a row in all competitions after starting the campaign with two successive defeats.

Everton have been disappointing this season, winning just one of their first five league games.

Lucas Torreira is a doubt for Arsenal after suffering a knock against Vorskla.

Alexandre Lacazette will come back into the starting line-up after being rested against Vorskla, while Shkodran Mustafi and Hector Bellerin are also set to return in defence.

Yerry Mina will be in the Everton squad after taking part in full training on Thursday.

Long-term absentees Michael Keane and James McCarthy have both stepped up their training, but won’t be involved in Sunday’s game.

Arsenal are unbeaten in their last 24 home matches against Everton in all competitions, dropping points in just four of those games since a 2-1 Premier League loss in January 1996.