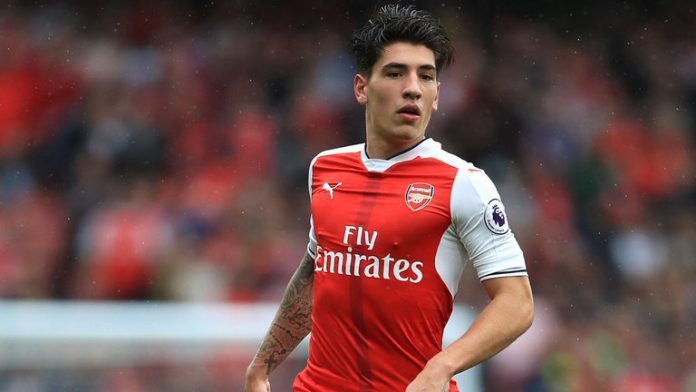 Footballers. They can be a precious bunch at times. Arsenal’s Hector Bellerin probably falls into that category.

After his side’s 2-0 victory over Tottenham at the Emirates Stadium on Saturday, young Hector had lots on his mind, and he wasn’t shy about sharing it with the world.

“After a tough start, we were building up really well with good results,” he told the club’s official website.

“There’s always a lot of talk, but I think it was one of those games where we showed what we could do. We shut some mouth (sic) as well.

Mouth? Just the one? Surely there were more?

“It was one of those games where we showed what we could do”. Yes, Hector, it was. ‘One’ being the operative word.

“They’ll be thinking that these guys have a chance”. No, Hector, they won’t.

What they’ll be thinking is why on earth can’t Arsenal produce that level of performance every week?

They’ll be thinking that it’s a travesty that a club such as Arsenal have won zero league titles since 2004.

They’ll be looking at the league table and seeing the Gunners in sixth place, level on points with those giants of the Premier League – Burnley.

They’ll be scouring this week’s Champions League fixtures looking for Arsenal and not finding them because you and your buddies didn’t pull your fingers out on a regular enough basis last season.

Far from “shut some mouth”, what Arsenal did was prove the critics had been right all along.

Bellerin and his pals still have a long way to go before they can justify questioning the criticism they’ve received.