Dennis Praet’ agent, Jacques Lichtenstein has revealed to Sport Voetbal that his client has had several concrete offers over the last few weeks and could leave Anderlecht in the summer.

Praet has been attracting a lot of interest from the likes of Arsenal and Real Madrid following his stellar performances in the Champions League. The Anderlecht youngster has been heavily scouted by Arsene Wenger, who sees Praet as a perfect alternative to misfiring Ozil and the ageing Cazorla. 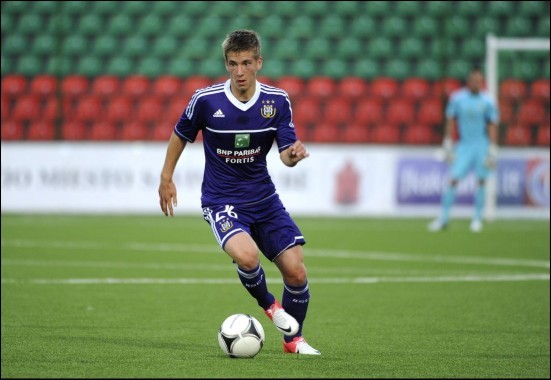 However, Lichtenstein revealed that his client would only move to a club with proper footballing ethos and that he is ready for the step up to clubs like Arsenal.

Dennis Praet, represented by Eleven Management, a company managed by Lichtenstein has been famous for representing famous Belgian talents like Vincent Kompany and prides itself on securing moves for their players, that are beneficial over the long term.

Lichtenstein has confirmed that he is not pushing is client for a move, but he believes that the Belgian is ready to take the next step and his future lies away from Anderlecht.