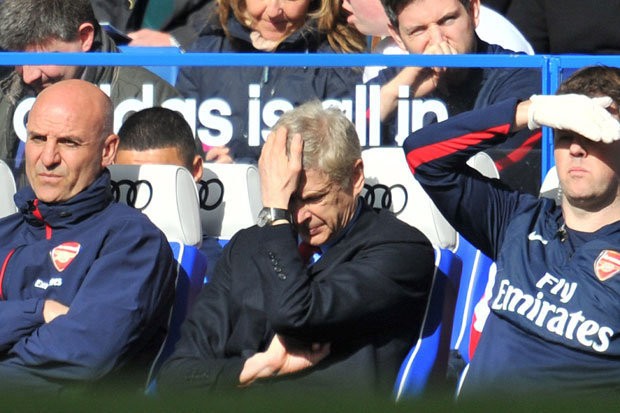 Shortly after Arsenal lost to Aston Villa at the Emirates on the opening day of this campaign, thanks to some dubious refereeing – not for the last time – from Anthony Taylor, this very writer filed a piece about the Arsenal boss’s shortcomings as a evolutionary and revolutionary manager in 2013 and questioned the Arsenal chief’s ability to take Arsenal any further forward. 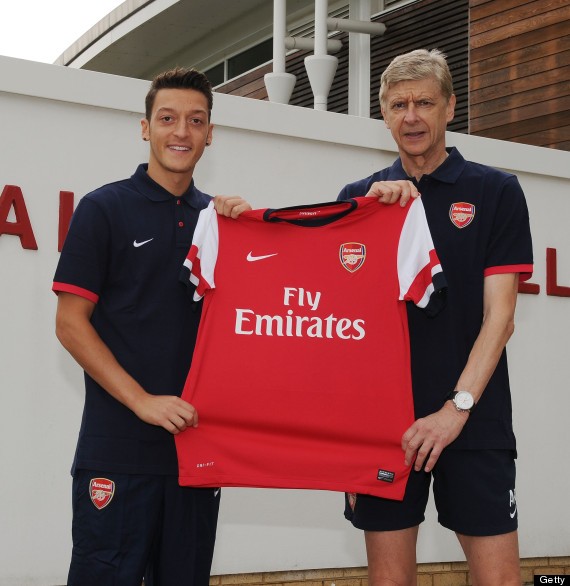 Shortly after, Arsene Wenger pulled a rabbit out of his famous magic red hat and out popped Mesut Ozil for a princely sum of £42.4m. Fans rejoiced and the German’s arrival reinvigorated the team; Aaron Ramsey reached new heights; Olivier Giroud was enjoying a prolific goal-scoring record and Laurent Koscielny and Per Mertesacker were forming one of the best defensive partnerships in the top flight.

Since the Villa defeat, it almost seemed to have a reverse effect on the Gunners. Arsene Wenger’s men won the next six games and went undefeated until they lost at Old Trafford to a Robin van Persie header. After beating Sunderland 1-3 at the Stadium of Light, the Gunners moved to the top of the table on goal difference and despite the defeat at Manchester United stayed there until two days before Christmas, after drawing with Chelsea in a lifeless 0-0 stalemate.

Ozil’s effect on the team was nothing short of inspirational even if the former Real Madrid and Bremen man’s individual performances were not. Few could refute that Ozil was a panic buy – albeit a top drawer one – and with Ramsey and then Theo Walcott’s freak injury, the Gunners lost not only their goal-scoring threat but their pace as a whole. Which Olivier Giroud felt more than anyone.

I had accused Wenger of not evolving as a manager. However, the Frenchman had a increasing penchant for classic 1-0 wins and clean sheets. Frequently Kieran Gibbs would start a game and with 15-20 minutes to go would bring on Nacho Monreal ahead of Gibbs to reinforce the left hand channel to protect Mertesacker and Koscielny. It was a tactic that rarely let the Arsenal boss down.

Arsenal fans are used to the annual ‘let’s have a good crack at everything but ultimately lose out and finish fourth’. This term though, it seemed as though the North Londoners had stamina and could go the distance. There seemed to be more heart, more courage and determination. Ultimately though this has not been the case and here’s why.

For years now Wenger has been talking of looking for the exceptional talent that will improve the squad. Herein lies the first problem. He may not be being deliberately deceptive but if for example Lionel Messi, Diego Costa and Xabi Alonso were made available for an affordable sum, would Wenger bite? The answer is unequivocally, well maybe not. Why? Because the Frenchman would never and has never bought a player that will hold another member of the squad back.

It’s happened with Kieran Gibbs and Laurent Koscielny whilst the two players have come on leaps and bounds – Koscielny in particular is now arguably on of the best centre backs in Europe – those are just two examples that worked out. Abou Diaby remains Wenger’s pet project despite having limbs of glass. The Arsenal boss refuses to give up on the man that should have replaced Patrick Vieira in the Arsenal engine room. This is one big factor that has kept the Gunners back.

Returning to the point, if we look a Chelsea and Manchester City’s squad, and to some extent Brendan Rodger’s Liverpool, there is depth. There is consideration to squad size, but largely the consideration turns to the factors and effects of a long season. If Arsene Wenger had Sergio Aguero to manage, it is likely he’d look no further than the Argentine. Pellegrini however has instead gone out and purchased Jovetic AND Alvaro Negredo to boost their ranks. All four individuals have chipped in when others have dipped in and out of form and/or injury.

One of Wenger’s biggest flaws is his inability to see the reality of a long, hard-fought season and the inevitable list of injuries, but still refuse to bring in players who will hold others back. Arsenal went in search of a another front man, but because of Wenger’s unrelenting tactic of playing 4-2-3-1 there is only one slot for one striker.

This brings us on to the whole discussion of no plan ‘B’. Well to be brutally frank, there is isn’t even much concrete evidence of a plan ‘A’. This term the Gunners have conceded 20 goals on the road to the other four sides in the top 5. It doesn’t take a maths wiz to figure out that is five goals per game on average, but there is more damning evidence against Wenger underneath it all.

They say the definition of insanity is doing things over and over again exactly and expecting different results. Unfortunately, that rings all too familiar with the Frenchman’s ethos in the big games this season. Okay the 6-3 defeat at the Etihad was explainable; City were in a the middle of regularly putting four of five past their visiting opponents. But the game at Anfield was something else entirely. Indeed the madness was being suffered by the fans; sheer crazed frustration and bewilderment.

Even after conceding the first goal versus Liverpool, one could see things weren’t right. What exactly the Arsenal boss had told his troops will remain a mystery, but from the off the Gunners lacked discipline and any sort of plan. But then again Arsenal fans aren’t alien to that issue. Wenger is a manager with little discipline. During the game, or after it.

The calamitous error that saw a green Koscielny and Wojciech Szczesny collide and gift a winning goal to Birmingham at Wembley a few years back was just one of a catalogue of incidents that have littered Wengers career post-2005. Indiscipline seeps into Arsenal’s game plan frequently. But why? Do the players not listen to their manager? Did Alex Song not stop playing as a attacking midfielder when he should have clearly been playing his given role of a holding midfielder? Or did Wenger simply not tell him to stay back?

in the Premier League, particularly this term we have to be pragmatic. Any team can beat anyone on the day, and any result is possible. However for Arsenal for then to roll up to Stamford Bridge after having been given a title lifeline having as Wenger would say ‘turned the corner’ and then play with EXACTLY the same lack of discipline, game plan, fight and spirit is criminal. Then away maulings Arsenal have taken have been massive psychologically and for a team Arsene Wenger says has character and mental strength it is a statement pretty hard for Arsenal fans to swallow. Especially in the light of another emphatic defeat to Everton at Goodison, which has thrown the Gunners participation in next season’s Champions League into huge doubt,

Just this past month Arsene Wenger has reached 1,000 Premier League games which is a feat unlikely to be repeated again in the modern Premier League age in the wake of Sir Alex Ferguson’s retirement. The documentary ‘Arsene Who?’ made for enlightening viewing. Arsene Wenger turned up a nobody and is now a household name. But his presence was far more enigmatic previously.

Here was a strange looking guy; a disciplinarian teacher-like figure, with strange round-rimmed glasses; but tall and imposing. The Arsene Wenger now is the polar opposite; frail, gaunt, endemically a frustrated figure. It a very sad picture currently and he must realize that he is driving Arsenal into the ground with his dated tactics and philosophy of which many a manager has mimicked, evolved and ultimately eclipsed.

Arsene Wenger was a legend and has turned Arsenal Football Club into a world wide brand of attractive football and integrity. But (and in all due respect) every dog has his day and a manager’s lifespan at a club is indefinite. Arsenal play Wigan in the FA Semi final on Saturday, the Gunners with their biggest chance of ending a nine-year trophy drought. With a team lacking discipline and heart but with a returning Aaron Ramsey hoping to fire, can the Welsh Wizard propel Wenger to glory once more. If he does, it may well be time for Arsenal’s greatest manager to depart on good terms.

If not, the Frenchman’s reputation may be tarnished. Forever.

For Arsenal and Arsene Wenger, that would be a tragedy.