The papers yesterday were awash with the rumour that Bournemouth boss Eddie Howe is being ‘seriously considered’ by the Arsenal hierarchy to replace long-serving manager Arsene Wenger at the end of the season.

Wenger, who has been at the club since 1996, has endured a difficult last decade with many fans calling for the 66-year-old to retire and allow Arsenal to be taken forward by a fresh pair of hands. Diego Simeone of Atletico Madrid was once linked with a switch to the Emirates, as was former France and PSG boss Laurent Blanc.

Surprisingly, Eddie Howe is now a front-runner. The 38-year-old Englishman has achieved wonders on the south coast with Bournemouth, taking the club from the pits of League Two to the upper echelons of English football in just five years. The odds of him taking over at the Emirates have now been slashed to 6/1. 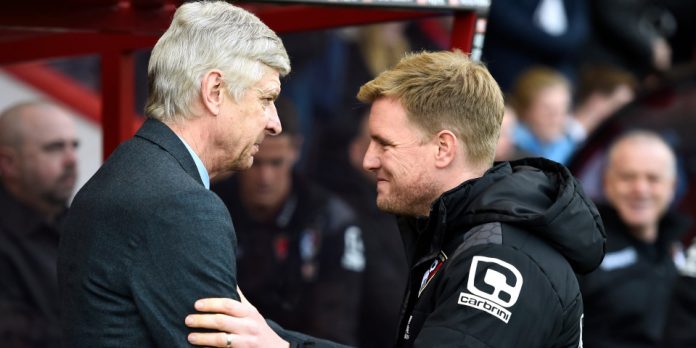 Howe’s attention to detail, man-management skills and tactical prowess have all been clear to see since he and the Cherries arrived on the big stage last season. Finishing 16th and successfully avoiding relegation with a limited squad, Howe is now looking to build on his existing work, and big things are expected of him despite having lost two of his three opening Premier League games.

While he remains one of England’s brightest young managers, surely the Arsenal job is a step too far, too soon. Just think of both Alexis Sanchez and Mesut Ozil, two of the world’s best players, and the continuing impasse between the two and the club over proposed contract extensions. How would their needs be met if Howe were to arrive in North London?

Arsenal’s biggest failing over the last ten years has been a lack of evolution, an almost contentedness to scrape by in fourth spot and pick up the cash. Players of the calibre of Ozil and Sanchez demand more than just a pay packet. They want silverware and not just an FA Cup; they want silverware that matters.

It has been levied at Wenger that he is the malignancy that prevents Arsenal from returning to the glory days, putting too much faith in players that give too little, and failing to properly strengthen his squad as his main rivals bring in big guns, year after year.

The only thing worse than standing static in a thoroughfare is taking a backwards step, which is arguably what bringing in Eddie Howe would do.

One of the most important roles a manager of a club has is being able to persuade players to join their club. At Bournemouth, Howe has managed to secure Liverpool talent Jordan Ibe and Arsenal’s own Jack Wilshere this season, the latter on loan. Wilshere especially was seen as a real coup for the club and Howe – but the 24-year-old midfielder (who incidentally joins his best friend, Benik Afobe, for eight months on the south coast) is arguably his limit. 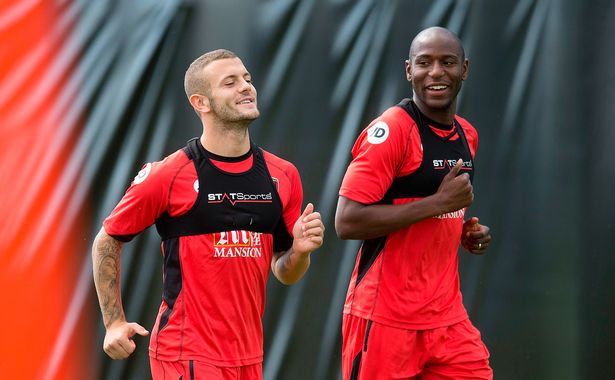 If Ozil and Sanchez are unsure as to the trajectory of the Gunners under Wenger, they would surely scoff at the possibility of playing under a novice such as Howe, regardless of what he has achieved at lowly Bournemouth.

This even extends to young players. If given the choice, would a young prodigy choose to continue his footballing education under, say, Guardiola, or under Howe?

If Howe does become the new Arsenal manager, his first three years will be undertaken with the help of training wheels. To make such a jump in terms of club stature and expectation, a young manager with one year’s experience at the top level would need quite the breaking in period. A backwards step – and with the likes of Sanchez and Ozil surely to head for the exit, the club would be in danger of slipping further down the food chain in the Premier League.

The old ‘Big Four’ in the 2000’s consisted of Manchester United, Arsenal, Liverpool and Chelsea. Now, with the landscape changing, Liverpool have been replaced with Manchester City. If Wenger were to be replaced with Howe, their ‘big club’ aura would be under threat. And their Big Four position further challenged by the revived Tottenham.

If I were an Arsenal fan, I’d be very concerned. 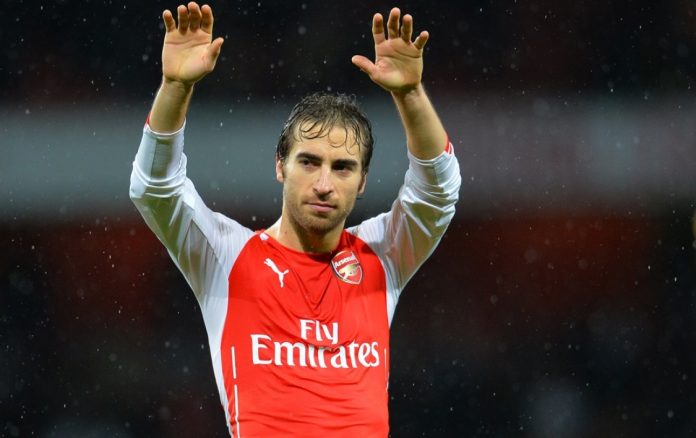