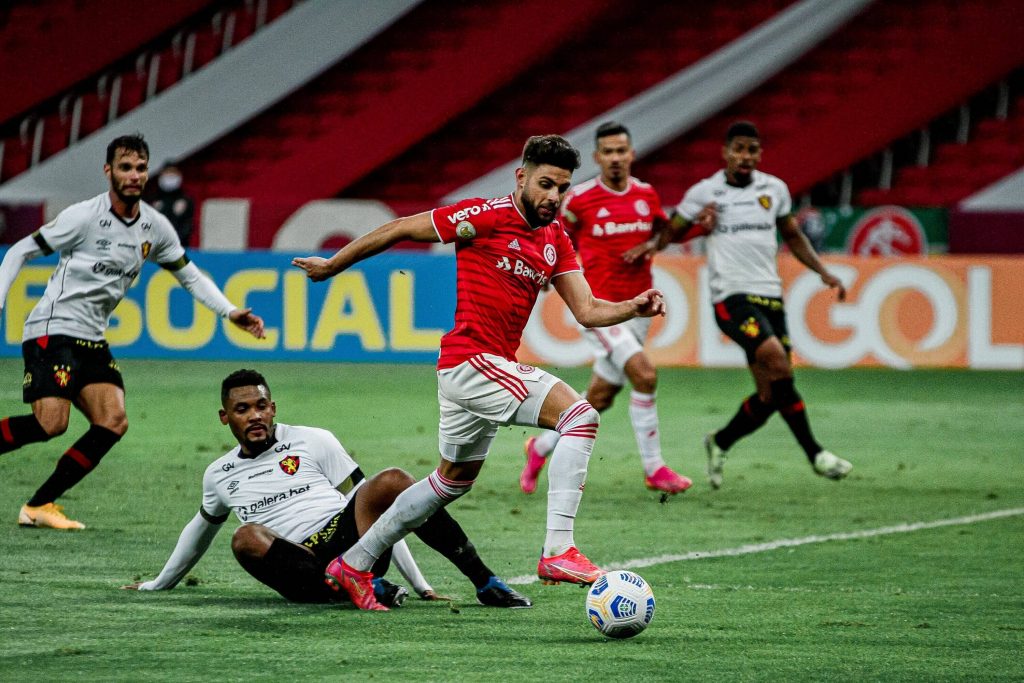 The Gunners were initially interested in the 20-year-old when he was at Santos in 2017, but could not strike a deal with the Serie A outfit.

Alberto left Santos for Internacional last summer, and he has since registered an impressive tally of 17 goals and two assists from 49 appearances.

The Gunners have revived their interest in the centre-forward, but they could face competition from Spanish giants Barcelona.

Alberto has an EU passport which has caught the eye of the Blaugrana, while it would also boost his chances of getting a work permit.

Internacional want at least €15 million for their prized asset but could demand up to €20m if there is a bidding battle.

Barcelona are known to recruit quality talents from Brazil, with Emerson being the latest player to join the ranks.

Emerson was co-owned by La Liga club Real Betis, but the Blaugrana acquired his rights this week by paying around €9m.

They recently landed Sergio Aguero on a free transfer but could be looking into the future with a move for Alberto.

Despite having an EU passport, the chances are that he could be playing for the ‘B’ side before making the step up.

Meanwhile, the Gunners have also found success with the emergence of Gabriel Martinelli, who was an unknown in Brazil.

The club are actively on the search for a striker with the possibility of both Alexandre Lacazette and Eddie Nketiah leaving.

Alberto may not provide an instant solution but has a better chance of making his breakthrough at the club compared to Barcelona.