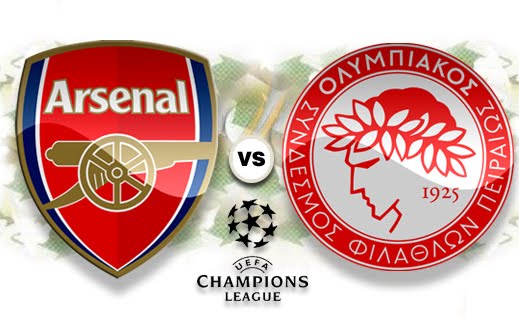 Arsenal take on the Greek champions, Olympiakos in a thrilling Champions League encounter at the Emirates, tonight.

After a disappointing 2-1 defeat against Dinamo Zagreb, Arsene Wenger will be hoping to redeem himself in front of his own fans. Furthermore, Arsenal will be aware of the fact that they need to win this game before their clash with Bayern Munich.

Three defeats in a row could pile on immense pressure on the North London outfit and therefore it is a must for them to win tonight.

Elsewhere, Olympiakos also lost their opening game against Bayern Munich and will be hoping to capitalise on Arsenal’s European blunders and return home with a point atleast.

Since the defeat to Zagreb and Chelsea, Arsenal have somewhat steadied the ship and have found a rhythm. The Gunners have won two back to back games against Tottenham and Leicester and will be heading into the Olympiakos game with lots of confidence.

Arsenal will be without Danny Welbeck, Rosicky and Wilshere for today’s game. Key midfielder, Francis Coquelin is also a doubt for tonight. Flamini and Arteta are out with injuries and Giroud is suspended after his red card against Zagreb.

As far as Olympiakos are concerned, the Greek outfit will be without Milivojevic. Alejandro Dominguez could be a last minute inclusion.

Arsenal and Olympiakos have been paired in the same Champions League group for the fourth time in the last seven seasons.

All six of their previous encounters in the Champions League have ended in a home win.

Olympiakos have lost all 12 of their away games against English teams in European competition, scoring only three goals and conceding 37 in the process.