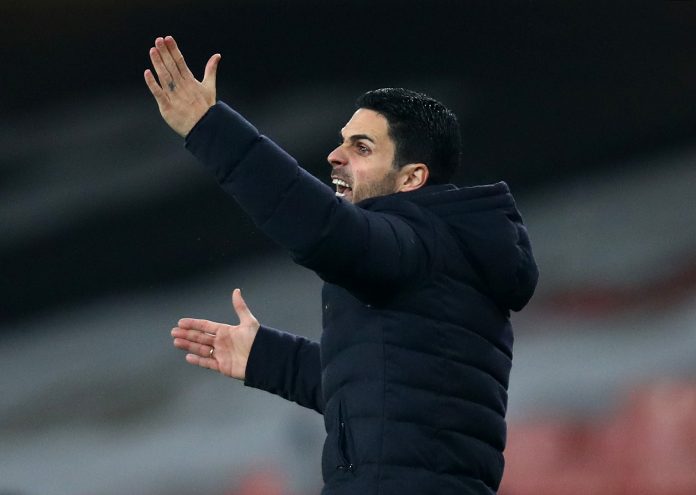 Arsenal will face derby rivals Tottenham Hotspur away from home in the north London derby on Sunday in the Premier League.

Many are expecting it to be a tight Premier League race this time, with five points separating the top nine teams.

Jose Mourinho’s side are expected to challenge the likes of Liverpool, Manchester City and Chelsea for the title this season. Arteta feels that Spurs have ‘done things in the right way’ but it’s too early to say whether they would be a potential title contender.

Arsenal can crawl back into the mix and reduce the gap with Spurs to five points should they win on Sunday.

This is what Arteta has said about Tottenham’s title chances, as quoted by Football London:

“I think it’s very early in the season to say who is title contenders or not. What you can say as I said before is they are in the position they are because they’ve done things in the right way.”

Can Spurs challenge for the title?

Ahead of the match, Jose Mourinho said that he is not bothered with the hype of the derby, rather he is focussed on securing the top spot.

Spurs have assembled a very good squad this term, and there’s no reason to believe that they can’t challenge for the title.

They added depth in midfield this summer by signing Pierre-Emile Hojbjerg while bolstering their attacking midfield areas by landing Gareth Bale on loan from Real Madrid.

In Carlos Vinicius, Spurs have a back-up striker they badly needed. Likewise, Sergio Reguilon and Matt Doherty have solved their full-back problems.

On top of that, key players like Harry Kane, Son Heung-Min, Eric Dier and Toby Alderweireld have been in fantastic form this season. Mourinho has a great track record of doing well in his second season at a club, and it will be a massive achievement for him if he can guide Spurs to the Premier League title.