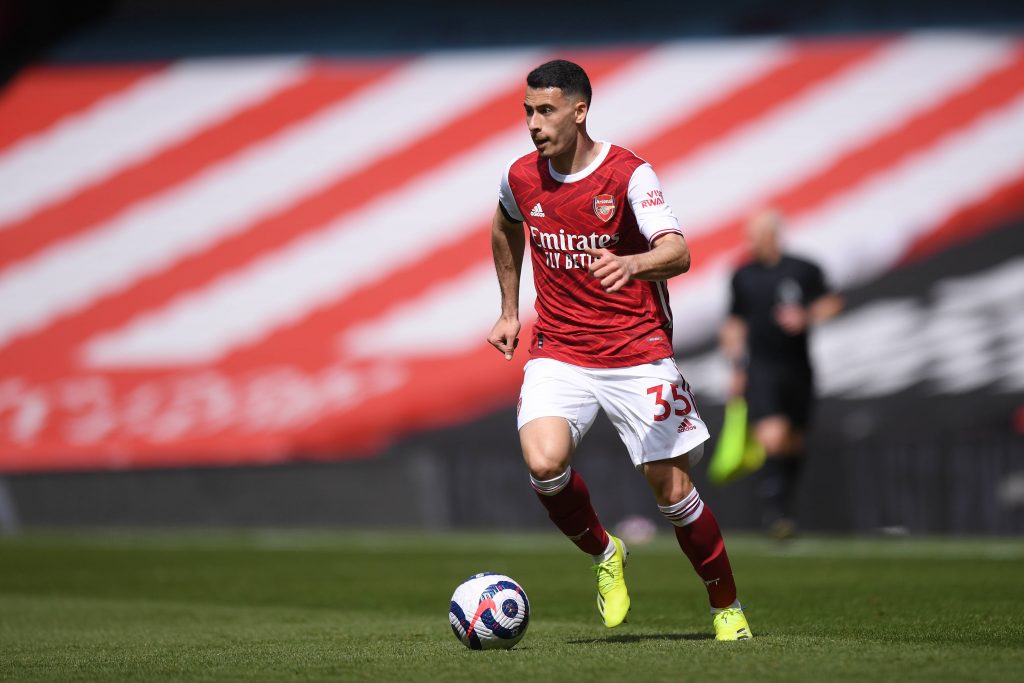 The Gunners included 20-year-old Bukayo Saka, as well as 21-year-olds Gabriel Martinelli and William Saliba, who made his top flight debut in the 2-0 win over Crystal Palace.

Martinelli headed Arsenal ahead before Saka’s cross was deflected in to ensure Arteta’s young guns made a far better start than the did 12 months prior when they lost to Brentford.

Arsenal and Southampton were the only two teams to have an average starting XI age of under 25, with the north Londoners just pipping the Saints by 0.1 of a year at 24.7 to 24.8 years.

Arteta is in the midst of a squad overhaul which saw experienced striker Pierre-Emerick Aubameyang shipped out to Barcelona and fellow veteran Alexandre Lacazette leave on a free transfer in the summer. 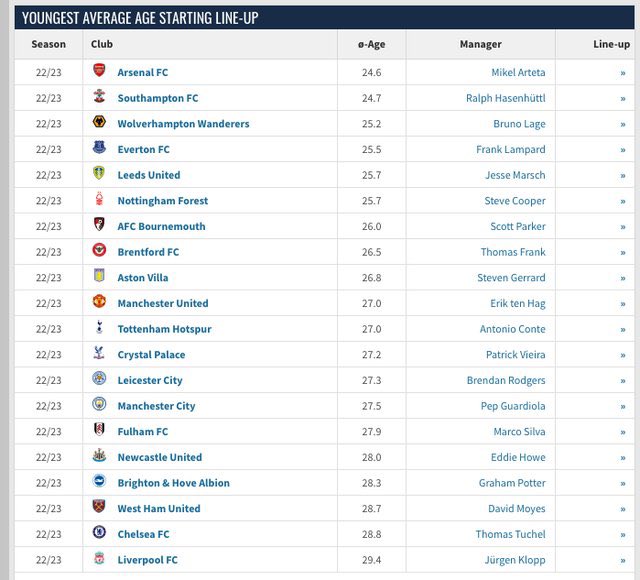 Gabriel Jesus and Alexander Zinchenko, both aged 25, arrived from Manchester City in the summer. While both arrived with a wealth of trophy winning experience, Arsenal fans will hope that the pair still have their best years yet to come.

In fact Arsenal’s starting XI didn’t include a single player aged 30 or over, with Thomas Partey and Granit Xhaka the old heads in the
team at 29 years of age.

On the other hand Liverpool had the oldest team in the Premier League on the opening weekend which saw them draw 2-2 with Fulham.

Jurgen Klopp included five stars aged 30 or older in his line up.

Chelsea were the next oldest, followed by West Ham and then Brighton and Newcastle. Manchester United came in mid table with an average age of 27, exactly the same as Tottenham.