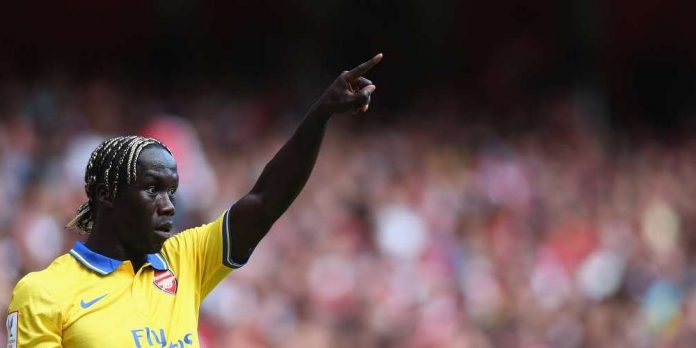 Manchester United and Arsenal may be sworn enemies, but they both have common ground as we approach the summer transfer window, with the pair both facing the prospect of losing a stalwart defender come the end of the season.

Both Bacary Sagna and Rio Ferdinand, who have played over 500 Premier League games between them, look like leaving their respective clubs come May, with both United and Arsenal braced to lose a veteran defender each!

Admittedly, the situation is surely worse for Arsenal, with right-back Sagna still 31, and still very able to compete at the very highest level.

The Frenchman has been long linked with a move to Manchester City, with his contract at the Emirates set to expire in the summer; and now Arsene Wenger has given the clearest indication yet that his outstanding full-back of the last seven years is to leave North London.

“That (a contract extension for Sagna) is not close to be closed,” Wenger said (as quoted by talkSport),

“I will have to accept it [if he leaves]. Only he can decide that now. If he goes we will accept it and respond.”

London rivals Chelsea have also been credited with an interest in Sagna, but the strongest link remains with City, who are looking to bring in competition for Pablo Zabaleta on the right.

There is some good news for Gunners fans however, with Wenger confirming that an extension for the exceptional Laurent Koscielny is ‘close to be closed’.

For United, the loss of Rio Ferdinand has been a long-time coming, with the now 35-year-old centre half struggling to keep his performances at the highest level, struggling for pace against the progressively speedier attackers in the English top flight.

But if United do intend to let him go this summer, his departure will still evoke some sadness , with Rio very much a part of the furniture at Old Trafford. The former West Ham man has been at the club since 2001, and remains the world’s most expensive centre-back, with United launching £30m at Leeds United for his signature all those years ago.

While not confirming his exit, Ferdinand told talkSport that he is in the dark as to his future beyond the summer, where his current deal at the club will expire,

“I am fit, I am healthy and I want to continue playing,” he said. “I have spoken to a lot of mates of mine in the game and they all say the same thing – keep playing for as long as you can.

“The club at the moment is in a position where they can’t really make any decisions about anything.

“For me to be saying I want to do this or that is irrelevant, because we have got to see who becomes the new manager and boxes will be ticked from there.

“I just want the best solution for the club. Whatever it is, then I will respect it. After that I am open to offers. But I would rather wait and see what happens at United and then there will be a decision to be made.”

Former Bayern Munich and Barcelona coach Louis van Gaal is expected to take the reigns at Old Trafford, with an announcement expected next week.

Considering the stories claiming Wayne Rooney is apprehensive over Van Gaal’s impending appointment, dear Ferdinand doesn’t stand much of a chance against the impending exodus at the club, with a whole host of players set to be flushed out by the current Holland manager, who will be hell-bent on taking the club he calls ‘the best in the world’ back to the glory days they so badly miss.

What do you think? Ferdinand out his summer? How about Sagna? Get involved in the comments below…