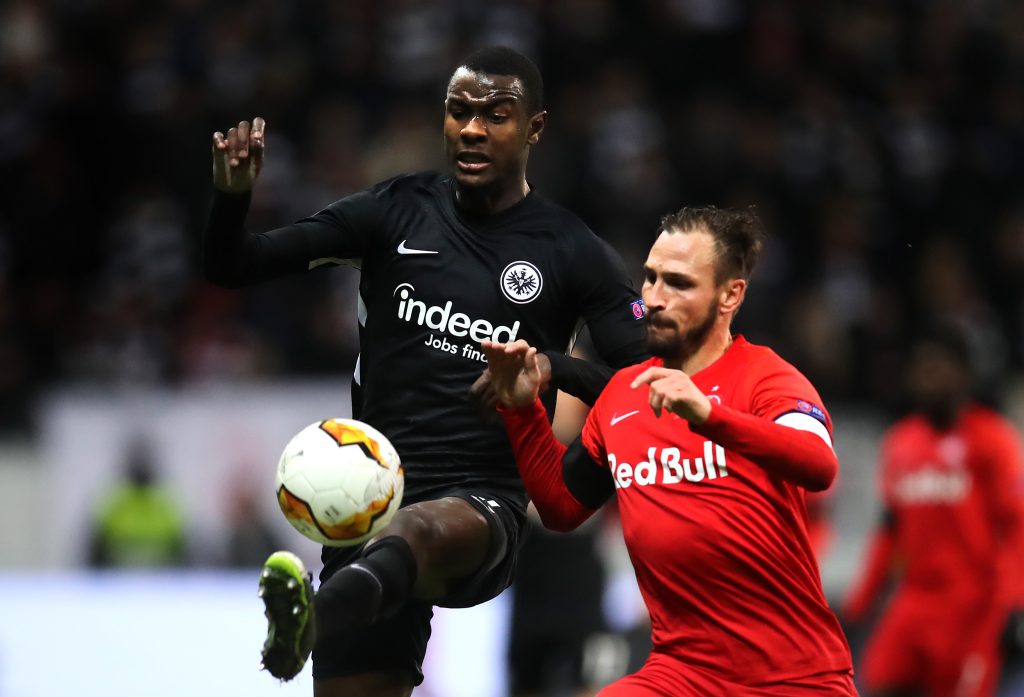 Arsenal and Liverpool are set for a summer transfer battle as they bid to boost their respective defensive options.

According to Sky Sports, the Premier League pair have been tracking Eintracht Frankfurt defender Evan N’Dicka during the current campaign.

The Gunners are in desperate need of defensive reinforcements as they strive to force their way back into the top four in the Premier League.

Liverpool are also hoping to improve their options at the back, with the shaky Dejan Lovren expected to leave Anfield this summer.

N’Dicka started the season on the bench for Eintracht, but he has since forced his way into the first-team.

The 20-year-old has played as a centre-half and left-back this season, and his versatility makes him an attractive proposition to potential suitors.

N’Dicka has represented France at junior level and has been strongly tipped to be called-up to the senior squad in the near future.

A move to Arsenal would arguably be a more attractive proposition for N’Dicka, with the London club likely to be able to offer him more first team football.

N’Dicka would probably be more of a squad player at Liverpool and that is unlikely to appeal to a player who has designs on becoming an established international defender.