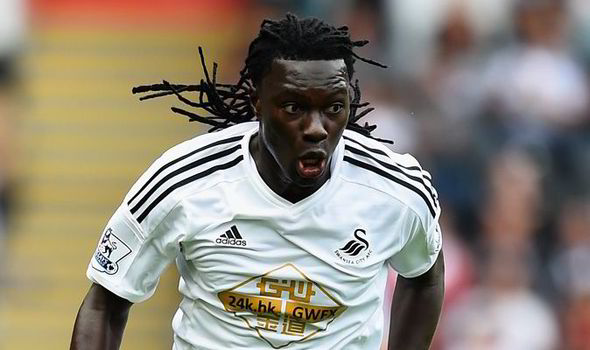 Arsenal have been handed a massive encouragement in their ongoing pursuit of signing Bafétimbi Gomis after the striker admitted that he could leave Swansea City in the ongoing transfer window.

The France international arrived at the Liberty Stadium after leaving Lyon at the end of the 2013-14 season on a free transfer. After completing the switch to the Premier League, Gomis is yet to feature regularly for the Welsh club.

Gomis has been linked with a move to Arsenal on a £6m deal as Wenger looks to bolster his side’s attacking options. The player admitted that there are several clubs interested in signing him in January.

“I have been approached by clubs. I don’t know what will happen. Me leaving? It is possible,” Gomis told Canal Plus.

“It is planned that my entourage will meet with Swansea’s representatives. Then I will have a discussion with my representatives to find the best solution. I want to stay abroad. It is true that I have had not a bad amount of approaches from clubs.”

Garry Monk earlier suggested him that he will play alongside Wilfried Bony, while the latter was at Swansea. The Ivory Coast international earlier completed his transfer to Manchester City earlier this month.

However, the 29-year-old was left on the bench as Bony was preferred for most of the games this season. The situation has frustrated Gomis and the striker has blamed Swansea manager and has urged that he wants to leave his current employers in search of regular playing time.

“When Bony was here, it was planned I should play a certain number of games, that wasn’t the case,” Swansea striker said.

“Today, I ask myself many questions. I need time to think. I have the ambition to play a certain number of matches. I need time to reflect because what was said was not respected. At my age, it is difficult to spend my time sitting on the bench,” Gomis added.

Arsenal allowed Lukas Podolski and Yaya Sanogo go on-loan till the end of the season. Gomis has already featured in the Premier League and his addition to the Gunners’ squad will bolster the Emirates club’s strike force.