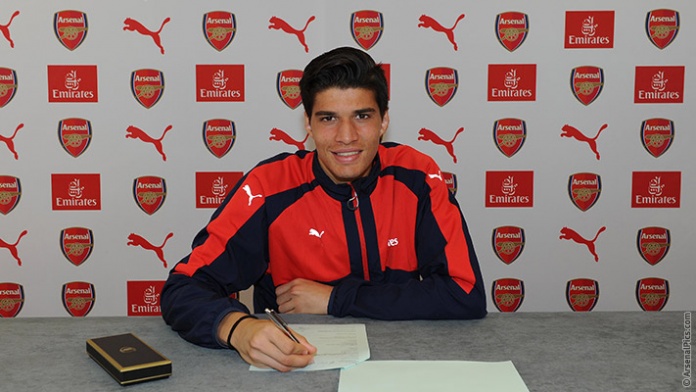 The Premier League outfit have confirmed the news on their official website.

Virginia is regarded as one of the best young prospects at the club right now, and the highly talented keeper has been a key member of the Arsenal Under-17 side over the last 12 months. His outstanding performance in the Under-17 ABN AMRO Future cup final last season garnered a lot of praise.

The Portuguese made three penalty saves in the final against Anderlecht as he guided the young gunners to silverware. He also managed to save two penalties in the semi-final against Barcelona. The 17-year-old keeper was a part of Portugal’s squad for the Olympics this summer in Brazil, and has already represented his country at youth level.

Joao is currently a key member of the Arsenal’s Under-18s squad and has also played for the Under-19s in the UEFA Youth League. Virginia was additionally a part of Arsenal’s squad during their annual pre-season friendly against Boreham Wood at Meadow Park this summer.

Arsenal’s statement on their official website read: “We would all like to congratulate Joao on his contract, and look forward to his continued progress with the club.”