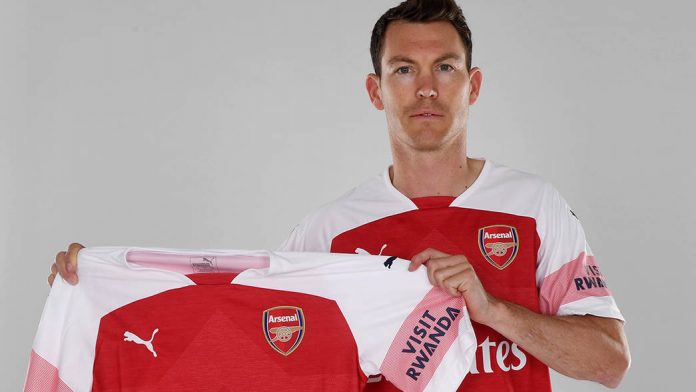 Arsenal confirm they have agreed a deal for Juventus defender Stephan Lichtsteiner. The 34-year-old will join the Gunners when his contract comes to an end later this month. New manager Unai Emey was delighted to have signed “a player with great quality” and believes the Swiss international will improve the Gunners “on and off the pitch”.

Lichtsteiner made over 250 appearances for Juventus in all competitions after joining from Lazio in 2011, winning seven Serie A titles and four Coppa Italias. Despite his advancing age, he still racked up 32 appearances across the board last season, although he was substituted on and substituted off in 24 of the games. Nevertheless, he’s delighted to make the switch and can’t wait to get started.

Happy and honoured to be a Gunner! Will work hard and passionately day in and day out to achieve our sportive objectives and to win trophies with this great club! @Arsenal pic.twitter.com/h32IueSSob

The Swiss captain will likely provide back-up for Hector Bellerin at right-back, occasionally featuring in the League Cup, FA Cup and Europa League to give the 23-year-old a rest when needed, but Emery will want to run the rule over Lichtsteiner in pre-season before making a final decision on his squad.

Arsenal have desperately needed experience in the defence and Lichtsteiner could be the perfect signing as a result. He’s been skipper of the national team for two years and has won more titles and domestic cups than his new Arsenal teammates, so he’ll bring a lot to the table.