Argentina will take on Switzerland in São Paulo on Tuesday for a place in the World Cup quarter finals.

Barcelona superstar Leo Messi fired Argentina almost singlehandedly through the group stage, with every one of his four goals coming at crucial times for La Albiceleste; his late winner against Iran arguably the best example of this.

While Alejandro Sabella’s side have been creeping along in first gear so far, failing to hit the heights expected of them, they are firm favourites to overcome the Swiss, having scored 14 times in six previous meetings between the two nations, with Messi bagging a hat-trick in their last match-up back in 2012. 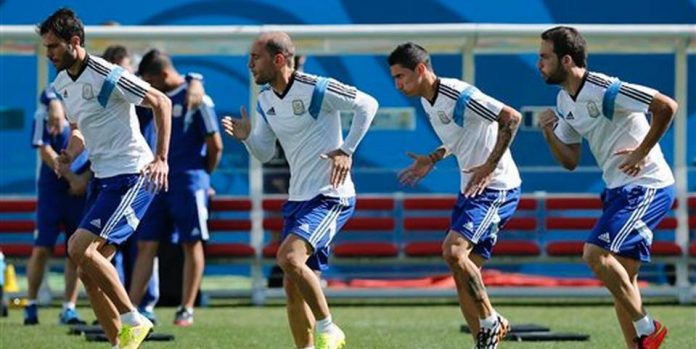 Sergio Aguero is out with a thigh injury so Ezequiel Lavezzi should remain in the lineup alongside Leo Messi and Gonzalo Higuain up top.

Sabella could, however, bring in another central operator and change is team shape from a 4-4-3 to a 4-4-2. 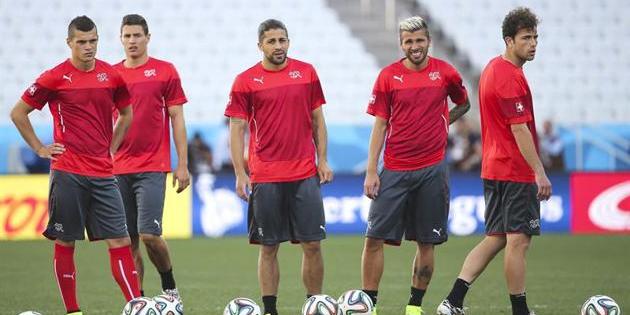 Back-up striker Mario Gavranovic has been ruled out of the remainder of the World Cup after tearing his anterior cruciate ligament in training.

He joins defender Steve von Bergen, who fractured his eye socket in the group stage, as permanently sidelined for the Swiss.

Take away Messi’s goals, and La Albiceleste would have been out at the Group Stage, and with Sergio Aguero also out of the tournament, a real shock could be on the cards here. However, I think/hope Argentina can overcome this limited Swiss side, but it could take penalties to separate them.