The purpose built Cape Town Stadium will play host to arguably the most enticing of the quarter-final ties, a tie that will see Joachim Loew‘s effervescent young German side pitted against Diego Maradona‘s well-versed, eye-catching Argentinian charges.

After emphatically announcing their intentions during their opening group game demolition of Australia, Germany stuttered temporarily as they lost out to Serbia in their second fixture – a defeat that left many prematurely writing off their World Cup chances.

The German’s narrow victory (courtesy of a single Mesut Ozil strike) over Ghana in their third and final first-stage encounter did little to change the opinions of their various detractors, but it was enough to ensure that Loew’s men finished at the summit of Group D – thus setting up a mouth-watering last 16 clash with old adversaries England.

Despite England’s high-spirits beforehand, the Germans resolved to dispatch Fabio Capello‘s men with relative ease. Exuberant, adventurous football repeatedly cleaved a stodgy England side apart, eventually resigning them to their heaviest defeat in World Cup history – as Die Mannshaft ran out 4-1 winners, and deservedly so. 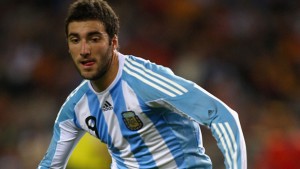 Similarly, Argentina took a while to really find their feet at this summer’s tournament – labouring to fragmented group stage victories over Nigeria and Greece, although a resounding 4-1 thumping of South Korea (thanks, in part, to a hat-trick from a striker currently enjoying the best form of his career to date, Gonzalo Higuain) gave the watching world a good indication of what was yet to come.

The Albiceleste finished top of Group B, with an outwardly perfect ‘3-for-3’ record and advanced into the second round to meet Group B runners-up, and South American rivals, Mexico.

El Tri presented Maradona’s side with their sternest test of the tournament so far, and were comfortably the brighter side during the early exchanges – that was until a monumentally poor call from the officials coupled with a disastrous defensive lapse, cruelly robbed them of their momentum.

Argentina capitalised ruthlessly on the Mexicans’ dissolution, and eventually won the game by a comfortable 3-1 margin – whilst also showcasing some spell-binding passing and intricate close control. 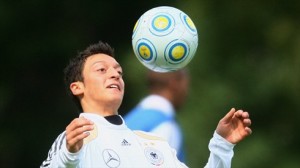 After dispatching England so confidently in their previous match, Germany are fully expected to name an unchanged line-up to start against Argentina.

Loew has assembled a strong spine to his team, which is accentuated with the kind of creative flair players that you wouldn’t necessarily associated with German teams of old.

The fluid triplet of Thomas Muller, Lukas Podolski and Mesut Ozil will play in interchangeable positions in the space behind lone striker Miroslav Klose (who seems to come alive for big tournaments), and the young trio’s high mobility is sure to cause problems for Argentina’s somewhat suspect backline.

Filling the central midfield positions will be 25-year-old ‘stalwart’ Bastian Schweinsteiger (who is already an international veteran of some 78 caps despite his relatively tender years) and Sami Khedira, who has deputised so competently for the injured Michael Ballack that the absence of the former Chelsea man has hardly been mentioned.

Another player worth a mention is right-back (and captain) Phillip Lahm who has been in sensational form during the World Cup, his raiding wing-play more often than not culminating in a dangerous delivery – playing directly to the strengths of the always lively Klose.

Maradona also has no fresh injury concerns going into the game, meaning that he is also pretty certain to name the same starting XI that stifled, then picked off, Mexico so efficiently in their first last 16 clash.

With Inter Milan Walter Samuel sidelined, Nicolas Burdisso is set to continue at the heart of the defense but he and Martin Demichelis will have their work cut out trying to contain the vibrant German frontline, meaning that Javier Mascherano will have to be disciplined if he is to effectively perform in his deep-lying destructive role.

Talisman Lionel Messi will be hoping to break his South African duck by finally adding the goal he so richly deserves to his cumulative tally of assists, and strike duo Higuain and Tevez will be almost guaranteed to add to their tournament totals (4 and 2 goals respectively) given their current form. 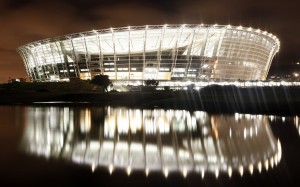 Player-for-player it looks like Argentina have this one sewn up, after all, any team that can afford to leave talents like Sergio Aguero and Diego Milito on the bench must surely be favourites to win any tournament outright.

However, whilst the South Americans may have individual prowess on their side, the Germans operate as a collective with much more fluency – emphasized by their comprehensive victory over England.

Set pieces may play a large role in the European contenders’ offensive play, as they boast a significant height advantage over their diminutive Latin opponents.

It would seem that, yet again, the World Cup draw has produced a quarter-final tie that will split the neutrals right down the middle but, for the record, my rands are on the Argentinians to sneak it – possibly in extra-time!

Germany go into the match as the underdogs with the bookies and surprisingly, it seems like a draw is almost as much of a possibility as a German win (3.25 and 3.36 respectively). Click here to bet on this and other World Cup games.

You can watch Germany take on Argentina live online as well as all other World Cup matches, plus hundreds of football games from around the world. Read our live World Cup football page for more details.