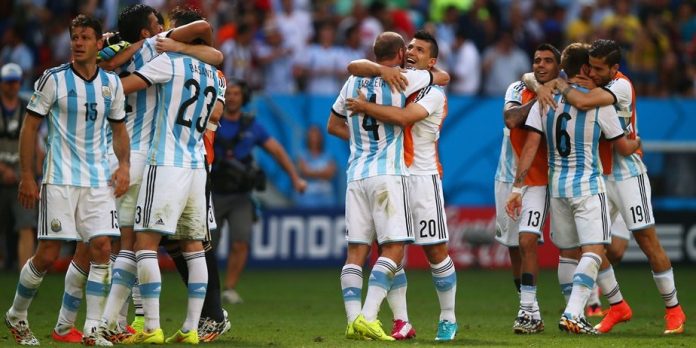 Argentina’s sole goal turned out to be enough to edge the South Americans past Belgium in Brasilia, holding tight at the back against the Belgian push for an equalizer. Messi controlled much of the game and was at the heart of most of the Argentinian attacking play, including Higuain’s winner in the first ten minutes. 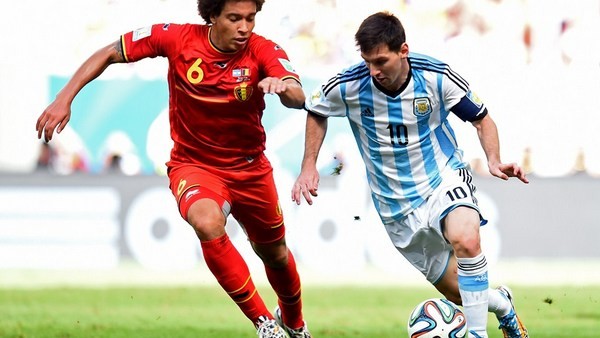 Argentina hit the ground running in this game, taking charge of the flow of play right from the off, passing the ball around very competently and intelligently. Messi and Di Maria both made it look easy to carve open the considerably talented Belgians.

No prizes for guessing who began the passage of play that led to Argentina’s first goal… yes, it was inspirational captain Lionel Messi. The Barca man, playing deep, picked up the ball on the half-way line and shook off pressure from both Kevin De Bruyne and Marouane Fellaini, before feeding the advancing Di Maria.

The 26-year-old winger saw an overlapping run by Manchester City full-back, Pablo Zabaleta and tried to squeeze it through to him. The pass was blocked and deflected across the middle of the box, where Gonzalo Higuain lay in wait. The Napoli striker’s predatory instincts came to the forefront, whipping at the loose ball with instinctive reactions, putting the shot beyond the reach of Courtois, just inside the far post. 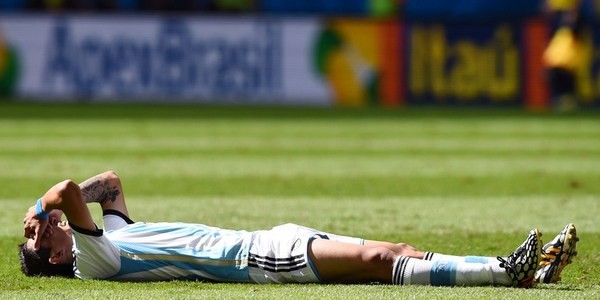 With just a third of the 90 minutes played, Argentinian wing-wizard, Angel Di Maria was forced to depart from the field of play through injury. The Real Madrid player outran Belgian captain, Vincent Kompany, to latch onto a very clever ball over the top by Messi. Di Maria cut inside and struck but Kompany had recovered the ground and put in a great defensive block to quell the danger.

Evidently, the lightning pace displayed by Di Maria in the play was a step too far. The player went down holding his leg. After a few minutes he was up and appeared OK but soon after he was on the ground again and this time signaled to the bench.

Di Maria was a huge loss to the Argies, his skill and speed torments defenses and always causes problems, as evidenced when he scored the decider in the previous round. His injury will be assessed closely by the Argentinian medical staff, desperate to get him fit and on the pitch for the semi final clash with Costa Rica or the Netherlands.

Possession was pretty even for the most part of the game but Argentina remained the more dominant team in front of goal. In the second half, De Bruyne and Fellaini both failed to convert good chances and, at the other end, Higuain had a very close effort that struck the crossbar.

Belgium pushed very hard in the dying minutes but never really looked all too likely to convert any of the attacking play into an equalizer, with Argentina defending so strongly. The two biggest chances of stoppage time came right on the back of each other, firstly the boys in blue and white broke forward, Palacio playing in Messi.

The world’s greatest player drove goalwards and went one-on-one with Courtois, attempting to chip delicately over the Belgian keeper. Much like he did to Clint Dempsey in the dying minutes of the last round, the 6ft 6in stopper got himself between the shot and the goal to deny Messi.

Belgium went straight down the other end and had their biggest opportunity of the game, Romelu Lukaku pointed ahead of himself and Mertens obliged with a penetrating pass into the box. Lukaku turned on to the ball and whipped it dangerously across the box, but Argentina were once again first to it. The clearance only went as far as Witsel though, who struck a half volley on the edge of the area, but was unable to get it to come back down and it sailed over the bar, fizzling out Belgium’s final hope to draw level.