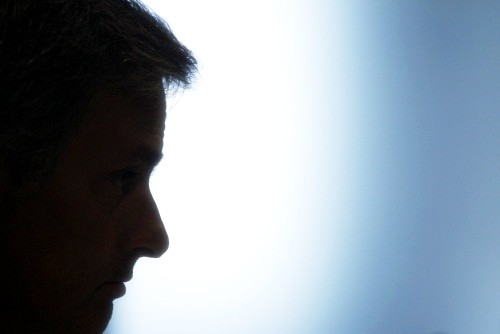 Arsene Wenger is a man of many talents but modesty is not among them judging from his most recent outburst. In the aftermath of the announcement that Arsenal had made a record profit in the last financial year Wenger took time out to draw attention to his record for developing young players.

The Arsenal manager claims to have produced more successful young players as a manager than anyone else in the sport and yesterday told the assembled press that,

“One day I’ll give you the list of those at the top-level who have made careers with me and you will see. You will be absolutely astonished.”

Anyone wondering when that day might arrive got a rapid answer when Wenger immediately expanded,

There is no disputing the veracity of Wenger’s claims. The likes of Fabregas, Diaby and Song might have been snatched from other clubs at an early age but Wenger still deserves credit for overseeing their development into world class international footballers.

The Arsenal manager’s trumpet deserves to be blown but it is still something of a surprise that he should feel the need to blow it quite so aggressively. Wenger’s record of bringing through young players speaks for itself without him having to take time out during a press conference to draw attention to it in such excruciating detail.

Could it be that Wenger is actually feeling ‘the Mourinho Effect’? The Portugese tactician set a precedent for shameless self promotion when he made the following plea to the English press immediately after being appointed Chelsea manager,

“Please don’t call me arrogant but I’m European champion and I think I’m a special one.”

Given that barely a month had elapsed since Jose Mourinho’s Porto had won the Champion’s League it is highly unlikely that anyone had forgotten about it. This is a key facet of the Mourinho media philosophy. He is a firm believer that, no matter how familiar people already are with your achievements, it doesn’t do any harm to remind them.

Some managers might have felt that winning the Champion’s League with Porto was a sufficiently impressive accomplishment to speak for itself. Not Mourinho, who would later find an even more favorable context to put this particular achievement into,

“Barcelona are a great club. But in 200 years of history they have won the European Cup only once. I have been managing for a few years and I have already won the same amount.”

Wenger is not the only English Premier League manager who has been attempting to follow in Mourinho’s footstep. In comments which were greeted with widespread mirth Sam Allardyce recently suggested that his managerial talents were being wasted at Blackburn Rovers,

“I would be more suited to Inter Milan or Real Madrid. It wouldn’t be a problem for me to manage those clubs because I would win the double or the league every time.”

It would be a little unkind to attempt to highlight the glaring gulf in terms of achievement between the managerial careers of Allardyce and Mourinho but I am going to do it anyway. Mourinho has won the Champion’s League with two different clubs and has won the league title in three separate countries. Last season he guided Inter Milan to an unprecedented treble. Allardyce’s most significant piece of silverware to date arrived in 1992 when he won the Irish equivalent of the English Championship with Limerick FC.

It is easy to mock Allardyce for claiming he would be capable of managing either Inter Milan or Real Madrid because he is never going to get the opportunity to prove you wrong. It is a little less easy to mock Mourinho, although Barcelona supporters are still happy to try. The reality is that, regardless of whether you like being reminded by Mourinho that he is a ‘special one’ or a ‘top manager’, you cannot deny that he has a point.

By contrast Wenger’s recent attempts at self-adulation seem a little amateurish. It is unfamiliar territory for Wenger, who, despite occasionally grinding the proverbial axe, has never pursued a strong personal agenda in his previous interaction with the media.

Premiership managers tend to focus their efforts exclusively on the task at hand. The logic being that if their team is successful the plaudits, and the job offers, will inevitably follow. They leave it to the media to make the leap of logic which says, ‘this manager’s team is winning matches therefore he must be good’.

Mourinho has rewritten the rule book in this respect. He will never entrust the media with a task as important as informing the general public just how brilliant he is. Instead Mourinho chooses to issue a constant barrage of eminently quotable and carefully constructed reminders.

Premiership managers attempting to emulate the Special One are making a mistake. Some of them might well be as good as Mourinho but none of them could ever hope to have as high a sense of worth. Whether you find Mourinho highly entertaining or mildly irritating it is impossible to argue with his assertion that, “I am a coach that has a lot of self-esteem and confidence”.

There are few better at getting the best out of a less than world class collection of Premiership players than Allardyce and no-one has a superior track record of nurturing young talent than Wenger. When it comes to self aggrandizement though, neither man will ever be able to compete with Mourinho.