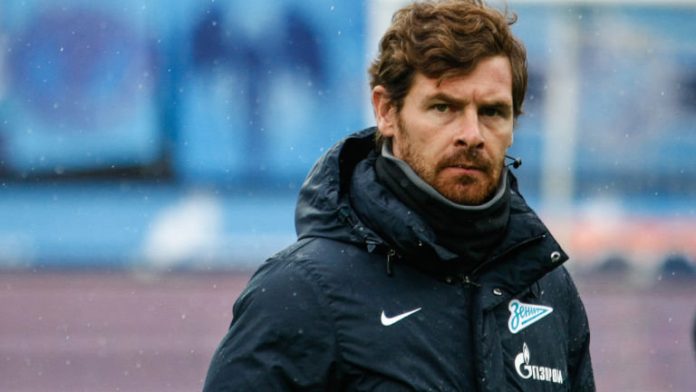 Things are hotting up in the Russian Premier League. Quite a skirmish is underway at the top of the table, with just five games left to play. FK Rostov sit top with 48 points, just a point from CSKA Moscow in second. Andre Villas Boas’ Zenit St Petersburg sit a further point behind in third.

It remains well possible the fourth- and fifth-placed teams – Lokomotiv and Krasnodor – could catch up and mount an unlikely title challenge. Both remain just a win adrift of Zenit, on 43 points. For either team to overhaul their richer / better placed pacesetters would require a real fairytale finish. That said, it looks a three way scrap from here.

CSKA certainly have the history. Team of the Soviet Army in the communist years, they won five titles in six years following World War II. A more recent spell of success has followed in the last decade, including two consecutive title wins before last season.

They have been Soviet/Russian champions a total of 12 times. Perhaps more impressive than league wins was their defeat of Sporting Lisbon in the 2005 Uefa Cup final. In Lisbon, too. Last season brought Leonid Slutsky’s team a second place finish, with a yawning seven point gap between them and champions Zenit.

Claiming the underdog vote in this contest is unquestionably Rostov.  Two managerial changes during last season resulted in a modest 14th place finish – meaning only a relegation-playoff win could keep them up. That crucial win in June looks a far cry now.

That they are leading the league by a point is perhaps suggestive that there really may be something spreading. Although not quite on the scale of Leicester’s exploits over in England, relegation scuffle to title tussle isn’t a well-trodden path in modern European football.

Rostov may not have the glamour of CSKA or the resources of Zenit but they are no naïve chancers. They beat Spartak on penalties in the Russian Cup final in 2014, their only major honour, winning them a Europa League spot.

After being thrown out the tournament for financial issues, their appeal in the Court of Arbitration for Sport was successful, meaning they were reinstated. That success didn’t transmit to the pitch though and they were defeated 2-0 in the playoff round by Trabzonspor of Turkey.

Their manager, Kurban Berdyev, certainly has the pedigree after consecutive Russian titles at Rubin Kazan, in 2008 and 2009, during his eleven year tenure. Their defence is by far the tightest in the league and they are close to a historic title if they can continue to be so difficult to beat.

However Rostov’s perilous financial problems remain and their lofty placing this far into the season is only slightly short of miraculous. Romantics and football hipsters alike will be rooting for them to finish the job and win their first ever title.

Then there’s Zenit. Zenit were odds-on at the start of the season and there were many reasons to suspect this season might end with them crowned Russian champions once more. Their erudite and avuncular record-breaking young manager. Their money. Their expensively assembled squad of stars and Russian hopefuls – littered with the league’s best players. Their endless well of money.

After some disparate form they’ve enacted a dramatic turnaround to win their last five games as they head into the final straight. Did I mention their frankly vulgar amount of money? That they’ve won all but one of their league titles (and an impressive UEFA Cup) since the club was purchased in 2005 is telling.

Of course it’s no secret that  sponsorship from Russian energy giant Gazprom enables them to splash big on those gargantuan contracts their foreign stars possess. The surprise lies merely in the fact they haven’t sauntered off with the league already. It would be illuminating to know how many of the Rostov squad, who they currently trail by two points, could be paid from the weekly wage of stars Hulk or Axel Witsel.

Their fate is still very much in their own hands. It’s quite a turnaround if we look just three weeks back. On March 29th they were six points off league leaders CSKA. That run of five consecutive wins, including the crucial 2-0 victory against CSKA, has propelled them back into the title race.

It’s fair to say their manager, often irritatingly labelled AVB, is not to everyone’s tastes. His spells at Tottenham then Chelsea can’t exactly be categorized as successful seeing as both ended unceremoniously. However for a club like Zenit, trying to forge a path among the European elite (or at least among the next pack back, chasing the big boys, trying to get noticed) his appointment seemed a coup.

Before England, he had experienced extraordinary success in Portugal. This included becoming the youngest manager ever to lift a major European trophy as he won a treble with Porto. His first full season in Russia brought a title win with games to spare. That’s not a bad return, stupendous investment notwithstanding.

This season looks decidedly harder for Villas-Boas to defend. It will be his last in Russia. Taking a sabbatical seems to be in vogue since Pep Guardiola did it, and ‘AVB’ will be doing just that when his contract is up at the end of the season. These are the final knockings of his Zenit tenure and despite the dramatic recovery of their season, anything other than a title-winning season will be judged as poor campaign.

The season’s climax promises excitement. Rostov are unbeaten in six, with four wins, two draws and not a single goal conceded in that time. Zenit’s rude run of recent form in the league has included plenty of goals, as their 5-2 spanking of Spartak Moscow in their last outing showed. They play Rostov on Monday night.

It looks an enormous game; although it would be too hysterical to call it a title decider. There are five games left after all and Zenit win would merely see them nudge a point ahead. However it’s hard not to see this game as crucial. If not quite a must-win, both teams will surely view it as a must-not-lose.

What of CSKA, currently sandwiched between the two? They have a derby match against struggling city rivals Dynamo Moscow to play, a night before Rostov host Zenit. A win would put them top by the time that kicks off.

Though their recent from is inconsistent, CSKA’s toughest remaining game looks to be home to fifth-placed Krasnodor, while the two rivals sandwiching them in the table both have to face fourth-placed Lokomotiv Moscow in their final fixtures. If Lokomotiv manage a few big wins in those clashes, they could yet make a late dash for the line themselves.

It looks to be quite a thrilling end to this season, starting with the next of the big clashes on Monday night. While CSKA remain well-placed and dream-makers Rostov will sweep the neutral support, it looks as though Villas-Boas’ has chosen just the right moment to bring Zenit to the boil.