An Open Letter to Carlos Tevez

For five years now you’ve been a shedload of trouble for the entire English Premier League. With this letter, I’d like to invite you to please stop moaning about the loneliness of Northern England and return to Argentina as you have for so long suggested you’d prefer.

The biannual farce which into which the “Carlos Tevez submits Transfer Request” headline has degenerated – which while admittedly spurring me to write this letter – has become a parody of a a parody, like a Monty Python sketch which starts funny but then feels as if it never ends. While we all understand how trying it is to be parted from friends and family (some of us have even shared your heartbreaking isolation in a country in which we do not speak the language), complaining every six months about a situation into which you walked of your own volition has turned what begun a sympathetic posture into a cynical one. 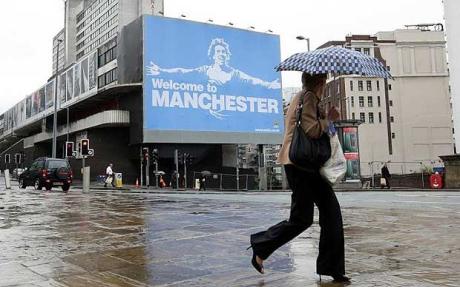 Please understand I’m not trying to minimise the pain of separation from your daughters at all. It’s just the predictability with which this storm-in-a-teacup occurs means you have exhausted any supply of public sympathy for your plight. (And “earning” 200,000+ a week should preclude us from using the world “plight” anyway). Unless it is for obviously laudable reasons a transfer request is often met with scorn from your current team’s support base. After being trotted out several times now, the recent spate of “I miss my daughters” has morphed from a tragic reality of a footballer’s life into seemingly a ploy where – though undoubtedly true you miss your girls – the aim seems to be directing public ire away from you in a situation almost entirely of your own creation.

It was said of the great basketballer Shaquille O’Neal that, with the exception of his last teams Boston and Cleveland, whenever he moved clubs, he did so amidst acrimonious circumstance. The same could be said of you – at Boca, at Corinthians, West Ham and finally Manchester United you have left more enemies than friends. Which, on the face of it, is really quite sad and perhaps – just perhaps – gives the public eye a big glimpse of your inner happiness. In a game where one often has to look out for themselves first, you and Kia Joorabchian have done so admirably; but if your latest statements are to be believed, it hasn’t contented you.

Many of us have had to move intercontinentally. It is exceedingly difficult, though ultimately rewarding – it allows us to grow, to see that life is much larger than the small corners of existence we previously inhabited. Some of us are rewarded romantically, spiritually or even fiscally for the pain of separation.

You certainly have earned signficant monies as a result of your footballing success – so why not put some of that where your cakehole is? Rather than having said sweet baked good and eating it too, take (one mother of ) a pay cut to play in South America – for none of us are able to figure out how Madrid or Milan – or, heaven forbid, Chelsea – are closer to Argentina than Millionaire’s row in Cheshire. It’s not that we don’t feel for you, but many of us think you’re trying to use this situation to your gain. It seems your position is that you are disadvantaged by playing for City; a move to Real or Inter would be “fair”.

Unfortunately, that is a posture for the misguided.

In careers, we are forced to take the good with the bad. In football, if you want the big bucks and the best competition, you are forced to move. It is a flat fact of existence at the top level of almost any profession. Sacrifices must be made for a career – or for family. And while we applaud you for your devotion to your daughters, we also implore you to put up, or shut up. For the ball is in your court.