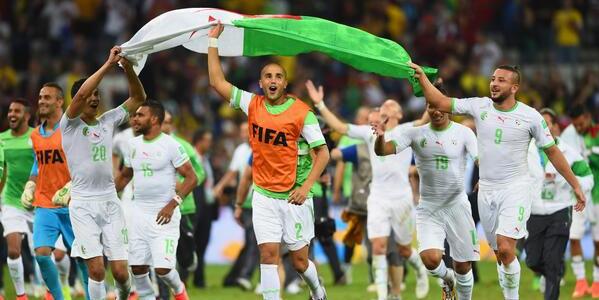 A second half goal from Islam Slimani secured a crucial draw for minnows Algeria, with the point ensuring they progress to the last 16 for the very first time in their history, and condemning Russia to a third successive group stage exit.

The 26-year-old headed in a free-kick on the hour mark, with the goal surrounded in controversy, as Russian keeper Igor Akinfeev had a green laser pen shone in his eyes during the set-piece attack. 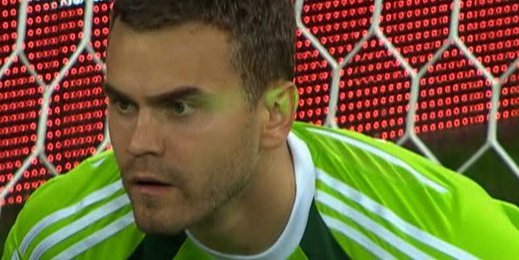 Akinfeev had previously allowed South Korea to snatch a draw in Russia’s opening Group H match by failing to push a routine shot around the post, and this latest incident will only increase the pressure on the CSKA Moscow captain, despite him perhaps hindered by the laser pen from the crowd.

The Algeria goal cancelled out Aleksandr Kokorin’s early opener, and with South Korea losing to Belgium in the other match in the group, Vahid Halilhodžić’s side had only to hold out for the remaining half hour to secure passage to the last 16 for the first time.

An hold out they did, with Fabio Capello’s side unable to fashion any real opportunities to get the goal they needed to go through. 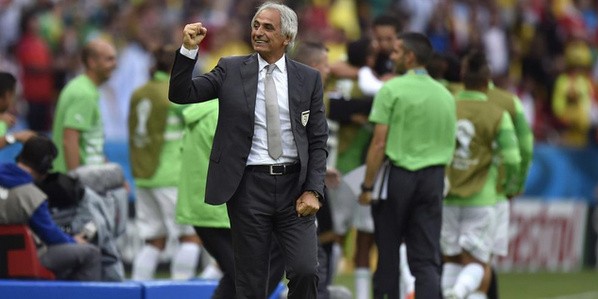