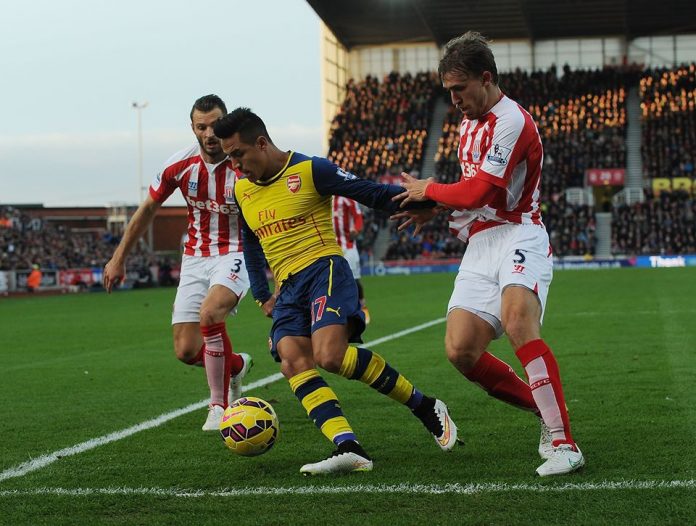 Arsenal star Alexis Sanchez is open to the idea of joining Premier League giants Manchester United or Manchester City in the summer.

According to reports in Spain (via Goal), the Chilean winger will consider a move away from Arsenal if a suitable offer comes in at the end of this season.

The report also claims that Sanchez is keen to work with Pep Guardiola again and the former Barcelona boss has been linked with the Manchester clubs.

Earlier in November, the Sanchez to Manchester United story was reported and it was claimed that Louis Van Gaal is an admirer of the Arsenal star and has spoken to him about a transfer.

Furthermore, the report also stated that Van Gaal promised the player that he will build the United side around him.

Even if we assume that the Old Trafford outfit are interested in the player and he is considering a move, it is highly unlikely that Arsenal will sell one of their best players to a title rival.

Arsene Wenger and Arsenal have witnessed the difference Van Persie made at Manchester United and will surely want to avoid that mistake again.

The Chilean has made a major impact since joining Arsenal from Barcelona and has scored 34 goals for the Gunners so far.

The former Barcelona winger has been the best player at the club over two seasons and is being tipped to sign a new deal at Emirates soon.