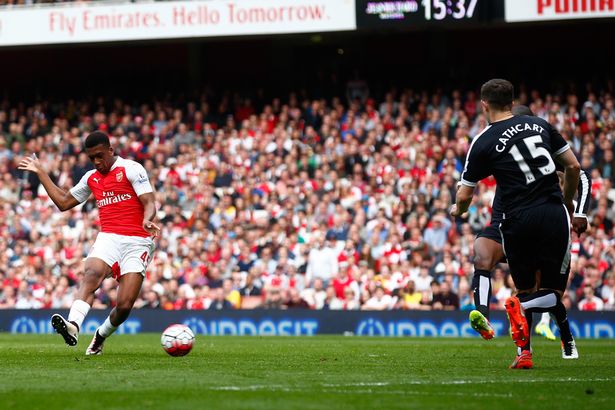 Arsenal winger Alex Iwobi has agreed to a new deal at the club.

Iwobi will now stay at Arsenal until 2021.

The explosive winger has been very impressive since breaking onto the first team scene and is being picked over the likes of Campbell, Walcott, and Chamberlain.

According to Daily Mirror, Arsene Wenger is very impressed with the Nigerian youth star and is willing to reward him with an improved contract.

The 19-year-old winger scored his first senior goal against Everton and then followed up with another strike against Watford.

In other news, Henrikh Mkhitaryan seems destined for Arsenal this summer.

Mkhitaryan has been in sensational form for Dortmund this season and is considering a move to the Premier League this summer.

According to Bild, Mkhitaryan is interested in joining Arsenal and his sister is already looking for properties in London.