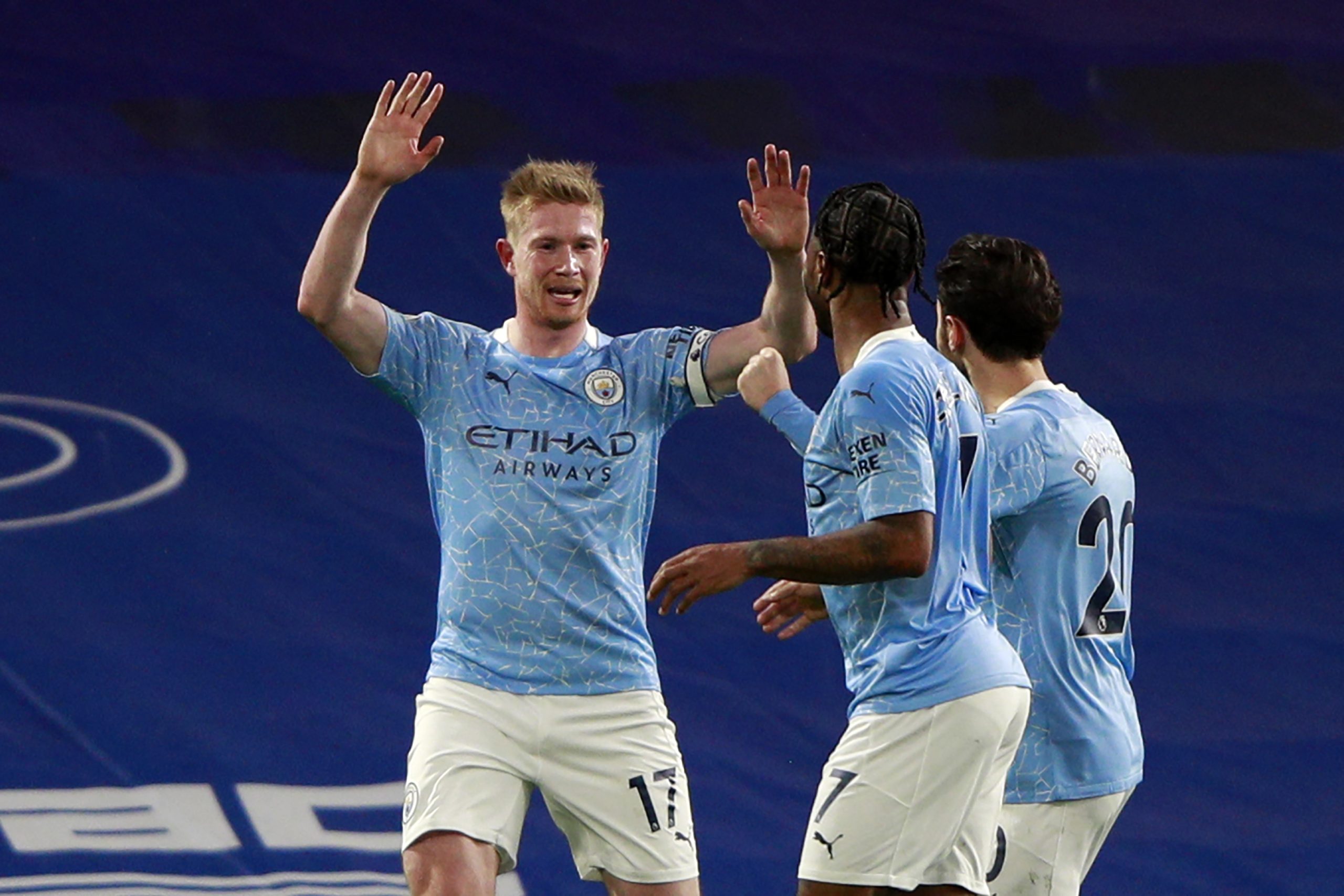 Alan Shearer has given his best XI from the latest round of Premier League fixtures.

Rather unsurprisingly, Manchester City and Arsenal are both heavily represented, having pulled off dominant victories over Chelsea and West Bromwich Albion respectively.

David De Gea – After a dip in performances over the last two years, David de Gea is slowly getting back to his best form. The Spaniard made four saves against Aston Villa on Friday, being beaten only by Bertrand Traore’s close range finish.

Eric Bailly – Goalscorers Anthony Martial and Bruno Fernandes will unsurprisingly get most of the credit for Man Utd’s win against Aston Villa, but it so easily could’ve ended level. Eric Bailly made a superb block in injury time to deny Keinan Davies an equaliser.

John Stones – Another who has lost his way in the last two years, John Stones has emerged from the fringes and shown that he still has plenty left to offer. The Englishman is currently keeping Aymeric Laporte out of the starting XI – which is far easier said than done.

Jack Stephens – The absence of Jannik Vestergaard was expected to be costly for Southampton, but Jack Stephens has stepped up admirably. The defender registered his fourth clean sheet in as many appearances, keeping the likes of Mohamed Salah and Sadio Mane quiet at St. Mary’s.

Bukayo Saka – Arsenal have had a mini-resurgence in recent weeks after a horrible opening to the season, and Bukayo Saka is a big reason why. He was once again outstanding against West Brom, netting the second in a 4-0 win at the Hawthorns.

Emile Smith Rowe – Not much was expected of the former Huddersfield loanee, but he has not looked one bit out of place in Mikel Arteta’s side. He recorded two assists in the win at the Hawthorns.

Ilkay Gundogan – He may not be the most natural goalscorer, but Ilkay Gundogan produced the goods again for the third time in four games, finishing on the turn to give Man City the lead at Stamford Bridge.

Kieran Tierney – Even in Arsenal’s darkest days, Kieran Tierney was producing top class performances. And on Saturday, he capped this off with a marvellous goal to put Arsenal ahead.

Kevin De Bruyne – As if Chelsea needed any more reminding of what a mistake it was to let Kevin De Bruyne go, the Belgian playmaker was brilliant once again, assisting Phil Foden before converting the rebound from Raheem Sterling’s shot to put Man City 3-0 up going into half time.

Harry Kane – The England captain helped dismantle Leeds United with another well rounded performance. He slotted home from the penalty spot to make it 1-0, and then produced a wonderful cross for Heung-min Son to convert shortly before half time.

Danny Ings – The former Liverpool forward has had his season disrupted by injuries, but he looked back to his best against his former club. Ings produced a beautiful finish in the second minute, which turned out to be the only goal of the game.

Ralph Hassenhuttl (Manager) – The Austrian was emotional by the end of Southampton’s win against Liverpool on Monday night. The three points took the Saints up to sixth place – out of the top four on goal difference only.