Now that we are done with the 2010 World Cup and the adidas Jabulani, lets move on to the 2011 FIFA Women’s World Cup. adidas was, again, handed the responsibility to design and manufacture the footballs for the mega event.

The tournament will commence in Germany on 26th June, 2011 and the final will be played on 17th July 2011 at the Commerzbank Arena in Frankfurt.

The official ball of the Women’s World Cup will be the spanking new adidas Speedcell. The ball itself costs $150 (roughly €109.50 or £92.25) – which is the same as when the Jabulani was launched.

The ball passed the rigorous testing by FIFA and we still have not heard any of the Jabulani-like issues but the design seems to have taken its inspiration from Jabulani.

The ball is not stitched to keep it in one piece. It is thermally bonded together to ensure a more predictable trajectory and superior ball control (well, there goes all the problems in Jabulani). adidas has also added micro texture and ‘artificially placed grooves’ to help a straighter ball flight path.

After last summer, the giant sports manufacturers were probably out to fix the problems with Jabulani and it seems to have been working. Field testing has shown that the ball could be passed/kicked to pin-point accuracy. Lets just hope, it is a normal football and not another one of those too perfect ones.

Of course, the look has also been a great improvement. “Very striking, very stylish” was my first reaction when I saw the ball. A closer look reveals gray contour lines and a neat color scheme on certain sections of the ball. Blue, yellow and green transition dresses up the dominating plain white grooves to make the ball look exquisite.

The looks, the testing so far make it seem like a high quality complement for your soccer apparel. If it turns out to be as good as it sounds like, I’m sure it will be hell of a ball for years to come and players/fans will like to see a ball at a similar level by Nike at the top European leagues. 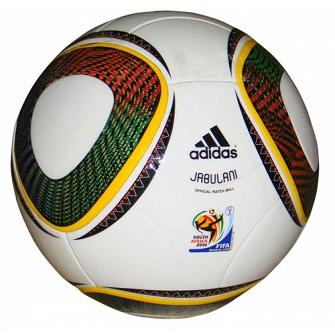