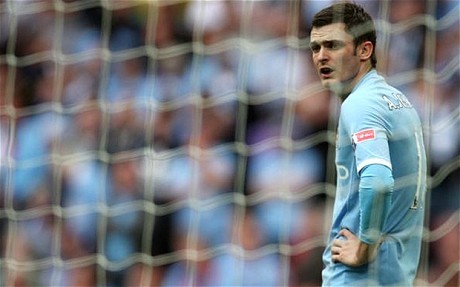 Sunderland winger Adam Johnson has been arrested by Durham police on suspicion of sex with a 15 year old girl. However, such allegations are yet to be proven and investigations are ongoing.

Further reports state that the police have recovered a loaded gun from Johnson’s mansion, which appears to be legal.

Johnson was arrested when three cop cars drove into Johnson’s place at around 9am today.

“You could tell they were police officers, they were all dressed in black.

“I haven’t seen the player all day. I just assumed there had been a burglary“, claimed Johnson’s neighbor.

A source said: “He has been arrested over claims he has had a relationship with a girl aged 14.”

Further, Sky Sports have confirmed that Sunderland football club have suspended Adam Johnson until the police investigation is over and the player is found not guilty.