India
Home News a darkness closes in on arsenal 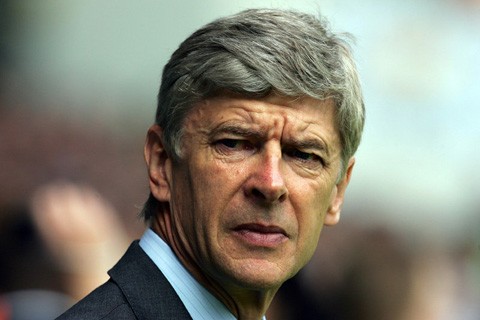 Being a Liverpool Forum Obsessive I’ve read plenty of transfer gossip this season, most of which I won’t bore you with since it consists largely of hysteria about only having signed one player, albeit, a fairly big one. What I will tell you about is the general atmosphere, and it’s the same as many other clubs which find themselves well endowed with finance.

As most fans, plenty will quickly turn from ‘Oh my god, Manchester City are ruining the game!’ quickly into ‘Lets sign Juan Mata and Aguero!’ like the massive bunch of hypocrites we are, no matter who we support. We as supporters nowadays feel the need to sign the top players, and if it’s a big buy, we’ll justify it. That is how football culture has changed. We don’t really think about the club we are taking from – again, we are perfectly happy to justify the player moving to our team. Moving to a bigger club, moving to a club with more ambition, the player wants a new challenge which is fine by us, their family aren’t happy, which is fine by us. We justify it, end of.

Which when it comes to Arsenal, I don’t feel particularly good about.
It’s safe to say everyone has the book, has the t-shirt and has been to the lecture when it comes to Arsenal related phrases. ‘They try to walk it in.’ ‘They need to spend money on some real quality in the summer.’ ‘They don’t have the character and need a Scott Parker.’ Is one that seemed to crop up more at the end of this season. Of course, these haven’t just been drawn out of mid air  – Arsenal have now gone six years without a trophy, and at the end of last season looked further away then ever. Their stars came together, seemingly ready for a title charge. Nasri, Van Persie, Fabregas, Wilshere, even Ramsey. Their combined attacking stars won two games in ten, and so the next excuse was that Vermaelen wasn’t there, which oddly, didn’t seem to matter in the first half of the season.

But worse still, Arsenal’s zest, their pass and move, the policy which has kept Arsenal playing well and staying in the champions league, competing on a very, very high scale for the money spent – that policy seemed to stop working, seemed to stagnate. Arsenal didn’t fail in their title bid because of injuries – they failed in their bid because, seemingly, their will broke.

And now, Man City are rubbing their hands in glee because they have Clichy within their grasp, Fabregas is maybe, finally going to Barcelona, and with every passing day Arsenal lose their grip on Nasri too. Arsenal have lost players before – Henry, Flamini, Hleb, Adebayour, Toure, Gallas – there are plenty.

But never have they had players supposedly wanting to evacuate in such numbers, like people fleeing an unsteady ship. This year

alone the possible leavers including Clichy, Arshavin, Nasri, Fabregas, Bendtner – three of those were regulars in the first team and Bendtner was a regular substitute. In one summer, Arsenal could find themselves rebuilding again, and cheap talented youngsters aren’t likely to cut it this time. Not with a league that grows less forgiving by the year, one that savaged Arsenal when they blinked as the finish came into view last year.

So it is that Arsenal again find eyes upon them, wondering exactly how they’ll do with Liverpool and Tottenham potentially in line to take their place in the champions league. Of course Wenger has history with turning this type of situation around. But what if they don’t? What if Arsenal fall out of the top four and don’t come back.

Likely, that is Wengers legacy after so many years of his building project. Arsene Wenger, the man who rose so high with Arsenal, before dragging them down with him with a project that will be seen by history as a failed one. Which will be the worst thing possible to happen to football. Because it sends the message that spending money is a better way to win the title then developing talented youngsters. People already see the likes of Barcelona and Real Madrid buying players for millions and millions, plucking them from the teams that raised them as perfectly reasonable. As do United, as do Manchester City. As do Liverpool. As do seemingly everyone.

In a way, it comes from the idea that if your club buys players from elsewhere for alot of money, and uses them to win the title it is all your victory, when in fact those same clubs should be down on their hands and knees thanking the clubs who developed them for letting those players go. Arsenal, you could argue the biggest of the ‘selling clubs’ deserve appreciation for the way they take to player development. But they don’t get appreciation – they get ridicule, as if other clubs are desperate to see money triumph over all in football.

In essence, Arsenal in their policies are fighting against the growing footballing world where money speaks above all else. But seemingly, it is a battle they are doomed to lose.