India
Home News 4 alternatives if arsenal lose out on suarez 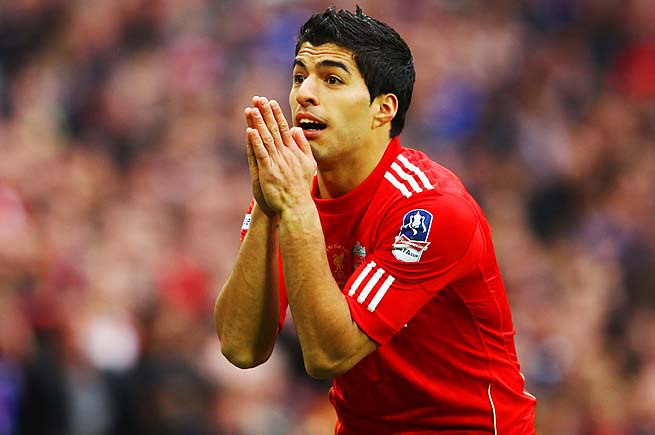 Despite withdrawing his transfer request this young Aston Villa striker may still be open to an offer from a champions league club. Benteke had an amazing debut season for Villa finding the net on 23 occasions, and at the young age of 22 he looks to continue improving as his career progresses. This would certainly be a good signing for arsenal due to his young age and premier league scoring record. Benteke is valued at around £25 million by Aston Villa.

Another potential target for Arsenal is Swansea’s Michu. Commonly known for his bargain price of £2 million pounds Michu had a Sensational debut season in the Premier league scoring on 22 occasions for the club. Michu is one of the biggest talents in England and he would certainly bring that much needed firepower in Arsenals attack. Valued at around £15 million this could be a real transfer bargain for Arsenal.

Arsenal were heavily linked to Rooney at the beginning of the transfer window but a bid was never placed. Rooney is a proven premier league goal scorer and he has shown this season after season. He has scored 197 times for Manchester United and would certainly be the big signing Arsenal fans have been waiting for. If Arsenal were going to enquire about Wayne Rooney then they need to get a move on because Chelsea have already had two bids rejected.

Manuel Pellegrini has insisted Edin Dzeko is in his plans this season, but that could all change following the arrivals of Alvaro Negredo and Stevan Jovetic. Despite the limited game time he receives, he comes with a record of 40 goals in 104 appearances since arriving in England in January 2011.Measuring in at 6 foot 4, Dzeko is hardly the epitome of the Arsenal style, but his strong and lanky frame could provide a platform for the likes of Santi Cazorla, Lukas Podolski and Theo Walcott to play off of, whilst he could also balance out the first team’s lack of aerial ability. Because of the new signings made dzeko may be available at a reasonable price too.