The 2015-2016 Champions League is upon us, with the play-off round ready to begin next week. With that in mind, here are this year’s top 15 teams in Europe’s premier club competition.

Adding Manchester United’s Rafael at right back and Guingamp’s Claudio Beauvue are both shrewd moves, but Lyon’s biggest transfer success this season was retaining their bevy of valued assets. Instead of joining a sea of fresh faces, Lyon’s signings will have the opportunity to gel with a cohesive unit that is brimming with talent; Alexandre Lacazette, Nabil Fekir, and Maxime Gonalons all chose to remain at Lyon for at least one more season despite overseas interest. Lyon may remain a step below PSG in Ligue 1, but they have assembled a team capable of turning a few heads in the Champions League.

Roger Schmidt’s gurgenpress philosophy has made Leverkusen one of Europe’s most entertaining teams. After slipping to 4th in Germany last season, Bayer 04 is re-loaded and ready to challenge Bayern at the top once again. Losing DM Gonzalo Castro to Dortmund is more than offset by the return of World Cup winner Cristoph Kramer from his loan spell at Monchengladbach. Schmidt also brought in defender Andre Ramalho from his old posting at RB Salzburg while adding Admir Mehmedi to a star-studded attack that already includes Hakan Calhanoglu, Stefan Kießling, Heung-min Son, and Karim Bellarabi. This squad packs the necessary punch to pull off a Champions League run similar to Dortmund’s in 2013.

After limping to second place last season, holding off Lazio’s frenzied charge with a much-needed Rome derby victory, Roma are set to make quite a bit of noise this season. They have already addressed some needs, like adding Chelsea winger Mohamed Salah on loan, but even more moves are yet to come. With deficiencies at both fullback positions, the capital club is reportedly in on PSG’s Lucas Digne, Torino’s Bruno Peres, and Real Madrid’s Fabio Coentrao. These additions, along with the return of midfield anchor Kevin Strootman from injury, would give Rome one of Europe’s most balanced squads. From Strootman to Miralem Pjanic to Radja Nainggolan to Daniele De Rossi, their midfield is piled high with quality, and Edin Dzeko represents the out-and-out goalscorer that their creative wingers (Salah, Gervinho, Ibarbo, Iturbe, Ljajic) have needed.

Another turbulent but financially rewarding summer for Sevilla has watched them swap out stars Aleix Vidal and Carlos Bacca for the likes of Steven N’Zonzi, Ciro Immobile, and Evgen Konoplyanka; they have done excellent business as usual, bringing in undervalued players who can help the team immediately. Immobile, Konoplyanka, Vitolo, and Denis Suarez give them a variety of attacking options while they possess loads of talent in central midfield, from Ever Banega to N’Zonzi to Grzegorz Krychowiak. Unai Emery proved his worth as a manager as they retained the Europa League crown last season; their history of continental success bodes well for their most recent foray into the Champions League.

Adding Fabian Delph and Raheem Sterling has given City a much-needed infusion of young, English talent, but the Citizens are still far from their ultimate goal: winning the Champions League. After crashing out in the group stage in 2011-2012 and 2012-2013, they have been knocked out by Barcelona in the round of 16 each of the last two seasons. They have world class-quality players in David Silva, Sergio Aguero, and Yaya Toure but that quality has failed to translate to the European stage; while their central defenders remain suspect, their offensive caliber gives them an outside shot at cracking the final four.

Two summers in, Louis van Gaal has finally acquired the personnel to run his system. Adding the likes of Bastian Schweinsteiger and Morgan Schneiderlin has bolstered last year’s thin corps of central midfielders while Matteo Darmian and Memphis Depay are both burgeoning talents that figure to play key roles this season. Juan Mata and Ashley Young, one of Europe’s most underrated wing tandems, created 2.13 chances per 90 minutes last season when deployed together. The team’s only real worry is in central defense; if some combination of Marcos Rojo, Phil Jones, Chris Smalling, and potentially Daley Blind can play even adequately in front of David de Gea, this team’s depth and offensive quality could see them surpass expectations in the Champions League.

Wolfsburg were Germany’s new boys on the block last season, winning the DFB-Pokal and finishing second in the league. Dieter Hecking’s squad started where it left off this past weekend, beating Bayern on penalties to win the DFB-Super Cup. They play pragmatic defense, with the likes of Naldo, Ricardo Rodriguez, and Luiz Gustavo keeping the team organized and compact. Offensively, the Wolves are a juggernaut, featuring Player of the Year Kevin de Bruyne, wing wizards Andre Schurrle, Ivan Perisic, and Daniel Caligiuri, and an impressive strike duo of Bas Dost and Max Kruse (combined 27 league goals last year). They can break down organized sides, hit hard on the counter-attack, and defend from the front, making this team difficult to deal with.

Arsenal staged a coup in wrestling star goalkeeper Petr Cech from London rivals Chelsea, solving their most glaring weakness. Their creative star power in Alexis Sanchez, Mesut Ozil, and Santi Cazorla sees them playing superior football at times, but past Champions League campaigns should imbue a bit of pragmatism in Arsene Wenger. His ideology has earned him wonderful wins and embarrassing losses, meaning that it may be time to compromise and do what it takes to reach the later knockout stages. The emergence of Francis Coquelin should help Arsenal plug its defensive holes, making them contenders to upset one of Europe’s elite.

After a disappointing end to Chelsea’s European campaign last season, Jose Mourinho has made very few changes to his side, allowing valuable reserves Petr Cech and Filipe Luis to depart. The Blues’ lack of depth is a concern, but their first-choice XI still makes them a Champions League contender. They are one of the few teams who can claim to have no weaknesses, possessing top-class quality at every position on the pitch. If the midfield trio of Oscar, Cesc Fabregas, and Nemanja Matic can avoid fatigue and injury, Chelsea certainly has the capability to challenge the likes of Bayern, Barcelona, and Real Madrid this season.

Atletico, as they seem to always do under Diego Simeone, saw significant turnover this summer by selling Mario Mandzukic, Mario Suarez, Arda Turan, and Miranda. Their transfer fees, however, helped the capital club re-tool, as the four were replaced with Jackson Martinez, Luciano Vietto, Yannick Carrasco, and Filipe Luis. Filling key needs at left back, striker, and the wing has given Simeone more tactical flexibility than he possessed last season; he can continue with the 4-4-1-1/4-4-2 hybrid he has become renowned for or switch to the more conventional 4-3-3 as needed. Defensively, Atleti is as solid as any in Europe; if their new offensive pieces come together as expected, they will once again challenge for the title in Europe.

The addition of Angel di Maria signals PSG’s intent to stake their claim among Europe’s elite this season. Knocking out Chelsea last year was a good first step, but the Parisians must overcome the likes of Bayern, Madrid, and Barcelona to gain the respect they desire. Their back line is loaded with talent but occasionally error-prone; when they are mistake-free, this team is near-impossible to beat. The attack features considerable prowess, led by talisman Zlatan Ibrahimovic supported by Di Maria, Edinson Cavani, Lucas Moura, Ezequiel Lavezzi and Javier Pastore. The team’s beating heart, however, is the midfield duo of Blaise Matuidi and Marco Verratti, whose energy and ingenuity propelled them to a domestic treble last season. This could be the year PSG’s Qatari-backed project finally comes together in the Champions League.

Last year’s runner-ups had a rather tumultuous summer, losing three key members of the starting XI in Andrea Pirlo, Arturo Vidal, and Carlos Tevez. Bringing in Mario Mandzukic, Paulo Dybala, and Sami Khedira helps, but Juventus have yet to fully replace the creativeness of Pirlo and Tevez. Their interest in Schalke’s Julian Draxler suggests they feel the same way. That said, their airtight defense and Paul Pogba give them every opportunity to make another big splash in the Champions League if the forwards can gel as expected. I expect another wonderfully-managed season from Max Allegri.

This transfer window has been a curious one for Madristas, with the underwhelming Rafa Benitez replacing the ever-popular Carlo Ancelotti and Florentino Perez making zero notable signings. Cristiano Ronaldo, Gareth Bale, Karim Benzema, James Rodriguez, Luka Modric, and Toni Kroos are all more than capable of winning the Champions League together, but fitness and chemistry issues derailed them last season. Cover in central midfield and at striker is conspicuously lacking and Real have yet to acquire goalkeeper David de Gea, their main target this summer. Hanging on to Sergio Ramos is a relief for Madrid supporters, but their club is still a tad behind rivals Bayern and Barcelona heading into the season.

Domestic success is an expectation, not a reason for celebration, in Bavaria nowadays, meaning the pressure is squarely on Pep Guardiola’s shoulders to advance to the final of the Champions League for the first time as Bayern manager. Two straight semifinal KOs at the hands of Madrid and Barcelona respectively leave a sour taste in the mouth, but Pep certainly begins the season stronger than he ended the last. With David Alaba and Javi Martinez returning to full fitness and Arturo Vidal and Douglas Costa joining the squad, the German giants will barely miss longtime legend Bastian Schweinsteiger. Bayern is the only team in the world that is two-deep at every position with quality talent, making them favorites to reach Milan in June. 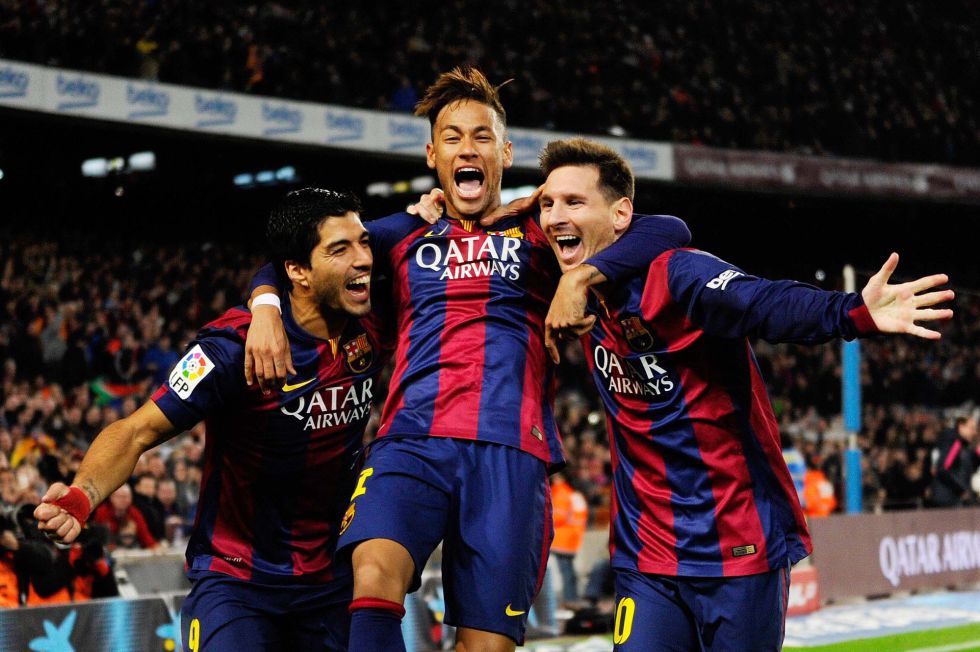 Even with the summer transfer ban in place, Barcelona remain Europe’s top team with room to spare. The front three of Lionel Messi, Neymar, and Luis Suarez makes them capable of beating anyone, anywhere, not to mention the strength they possess in midfield and defense. In fact, Xavi’s departure and the ban may be a blessing in disguise for Barca as they look to integrate the most recent wave of La Masia graduates into the first team—Sergi Roberto, Rafinha, and Sergi Samper among others. A run at the sextuple awaits the Camp Nou.