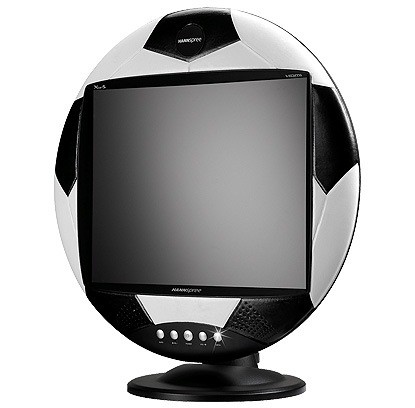 The 2011/2012 Premier League season kicks off with a bang – a Manchester derby in the FA Community Shield as the curtain raiser for a fast start to the season that sees Arsenal host Liverpool and United host Tottenham and Arsenal – and all of this just in August.

With Manchester United spending upwards of 50m to replace retiring players and to strengthen the squad for a 20th league title, Chelsea, Liverpool and Manchester City are also strengthening their squads to catch up with the Premier League champions. And then you have Arsenal and Tottenham, both teams that are one or two signings (and some luck with injuries) away from a proper title challenge.

As teams wrap up their pre-season commitments (as much for commercial reasons as for preparing the players for consistently peak performance across 10 months), the season kicks off with the Premier League champions and the FA Cup winners in the Community Shield clash on 8th August. City have a sedate start to the season after that, with their toughest fixture coming at the end of the month away to Tottenham. City rivals United on the other hand start off with a tricky away trip to West Brom before back to back home games against Tottenham and Arsenal.

Chelsea have a relatively easy start to the season but the same can’t be said for Tottenham, who host Everton and Man City either side of the aforementioned trip to Old Trafford. Arsenal will be cursing the luck of the draw as they kick off with a trip to Newcastle (the scene of THAT 4-4 draw), host Liverpool and then go back up north to play Manchester United.

After a 10 day international break the Premier League is back with Swansea playing away at the Emirates and Chelsea against Sunderland’s defence, but the pick of the first week’s matches is Everton v Aston Villa. The second week sees Manchester United host Chelsea and Tottenham host Liverpool, giving United 3 home games against top-6 opposition in the first 5 matches (the other two are away games).

October sees another international break but not before derby fever hits the league, with Everton v Liverpool and Tottenham v Arsenal the headliners of the first weekend.

Arsenal and United continue with their tough starts, United away to Liverpool right after the international break and hosting City the next weekend, while Arsenal, after hosting Sunderland and Stoke are at Stamford Bridge at the end of the month to play Chelsea. United are also away to Everton on the 29th, while QPR play city rivals Fulham, Tottenham and Chelsea all in October.

At this stage of the season, international breaks, early season blues, injuries and European football has started to show its’ effects and you can generally see which teams are NOT going to win the title. Given the number of heavyweight clashes at the start of the season it’s likely that one or more of the top six will be out of the running as early as November, but it doesn’t mean that they can’t recover in time.

Another international break can’t hide the tricky fixtures at the start of November, the highlights being Newcastle v Everton and Fulham v Tottenham, as well a homecoming party for Sunderland’s ex-United players as they visit Old Trafford.

Once the players are back though, club football takes all the focus for the next four months as teams navigate through domestic cup competitions, European competitions and tricky winter ties. Mid November sees Arsenal away to Norwich and United away to Swansea, before Chelsea host Liverpool on the 20th and Tottenham host Aston Villa the day after. The next weekend sees United host Newcastle and Liverpool host Man City.

December is heavy on fixtures (a potential 6 per team) and in separating the pretenders from the real title contenders. It’s around this time that Chelsea fell away last year.

The first matchweek sees United, Chelsea and Liverpool away to Villa, Newcastle and Fulham respectively, tough matches that the home teams will go in believing that they can win. It’s London v North again the next weekend as Arsenal host Everton and Chelsea host Man City, alongside QPR’s first trip of the season to Anfield and Stoke v Tottenham.

The second half of December sees Villa v Liverpool, City v Arsenal, Tottenham v Chelsea, Villa v Arsenal (not a good month for Villa) and for the final day of the year, Liverpool v Newcastle, Arsenal v QPR and Chelsea v Aston Villa (amongst others).

Aston Villa, in December, are scheduled to play: Man Utd (home), Bolton (away), Liverpool (home), Arsenal (home), Stoke (away) and Chelsea (away). Two tough away games plus four games against the old top 4. Their season may be decided by the transfer window and the replacements (or lack thereof) for Young and Downing), but if they are to succeed in their targets this season, December will be their sternest test.

Disclaimer: Please note that the fixtures are subject to change based on domestic and continental cup commitments.

This season Sky Sports will show 115 live Premier League fixtures with every match available in HD and selected matches in 3D. The confirmed TV listings are till end of November, with a guaranteed 39 live games.

ALL THE CLUBS: Every Barclays Premier League team will be shown live in the first set of Sky Sports HD fixtures with all three newly-promoted clubs shown live at least three times by the end of November.

SKY GO: Sky Sports is also available to view via Sky Go, a service that allows Sky TV customers with Sky Sports access across a range of devices at no extra cost. Sky customers will be able to watch live streaming of every Sky Sports channel on laptops, computers, tablet and mobile devices with Sky Go (watch the Sky Go ad).

Get started with Sky Sports Football and watch the best of the 2011/2012 Premier League season in HD.